Assisted by Elisabetta Bocchese, his interlocutor at the Miles knitwear company, Ini Archibong developed textiles that can be used as oversized shawls or wallcoverings, but that were more meant as explorations, “like an impressionistic painting applied to fabric,” Archibong says. “To create an abstract fantasy landscape, I used algorithms. They are a defining factor of design today, something that was not a tool until recently.
So to combine them with the ancient technique of knitting is inspirational.” His aim was to recreate the kind of dreamy, euphoric atmosphere as might be experienced when one is half asleep. A painterly, non-figurative interpretation of cloud formations and wave movement aims to blend reality with imagination. 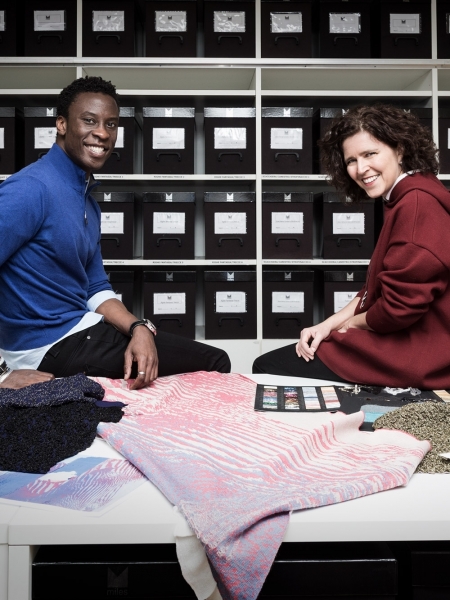 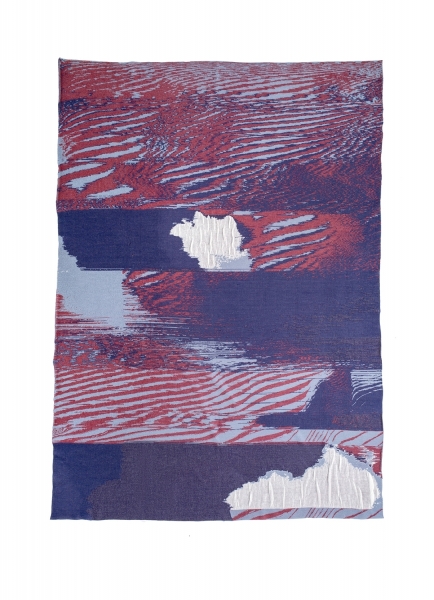 For the small, ceiling-hung lamps, an almost invisible ceramic structure is covered with a soft, amorphous cloud of tricot. “For a knitwear company that has always worked for high-end names in the fashion world, the impetus here was to probe a new field and make an industrial product,” he says. The Bocchese family was delighted with Archibong’s creativity. They describe the Miles production as being “advanced craftsmanship” in the sense that the teamwork here comprises a wide range of skills, not just one artisan. The cutting-edge technology of the digitally controlled knitting machines does not come into its own until dexterous hands have modelled and tailored the garment’s shape, linked its constituent pieces together and sewn the finishing stitch by stitch. 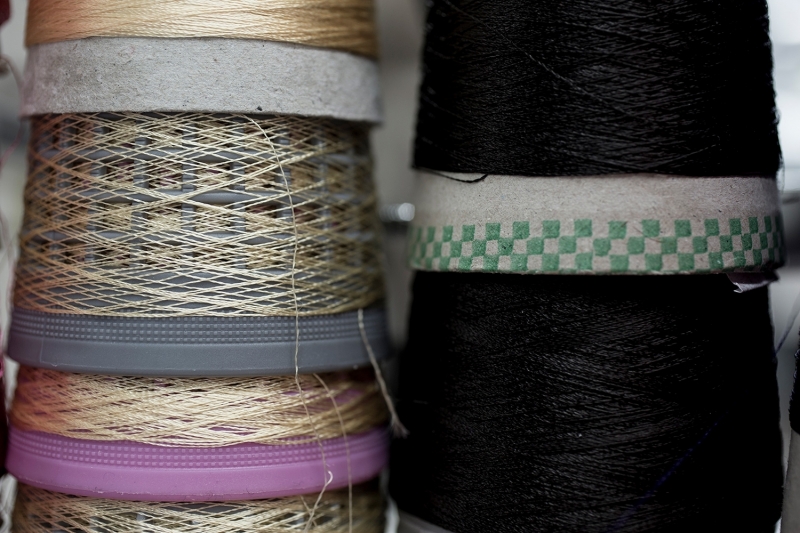 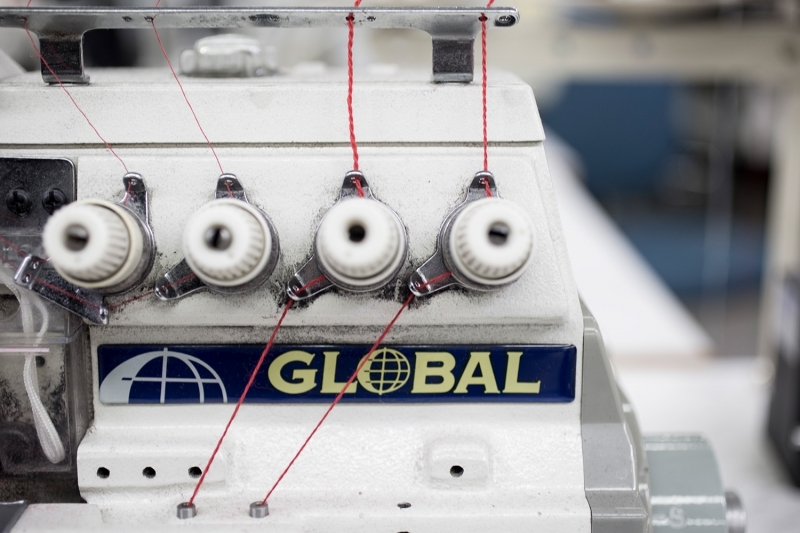 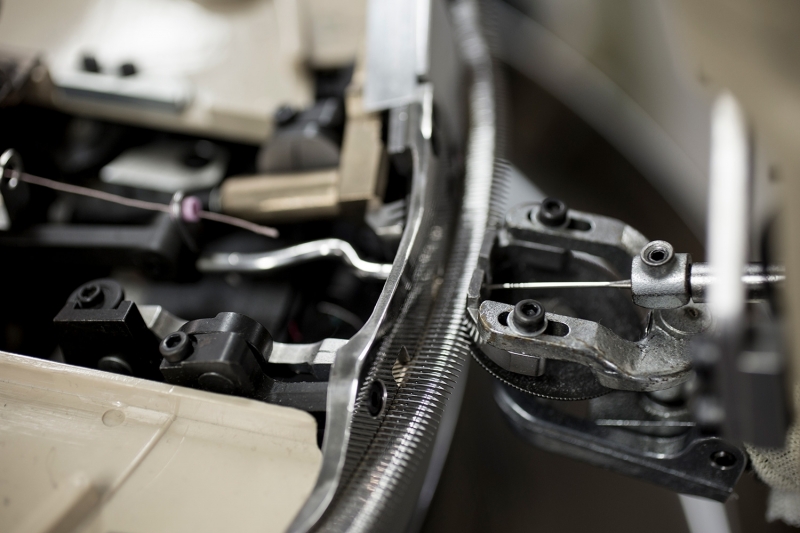 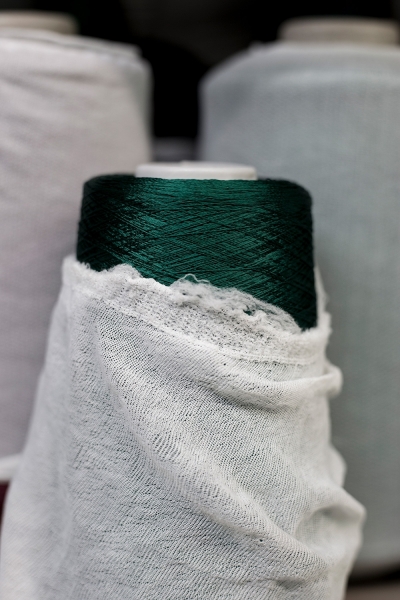 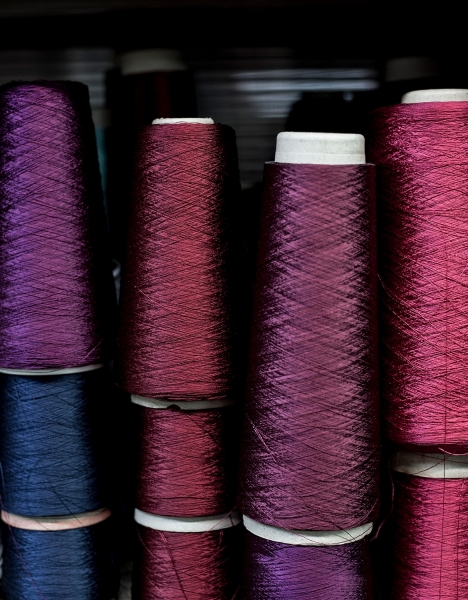 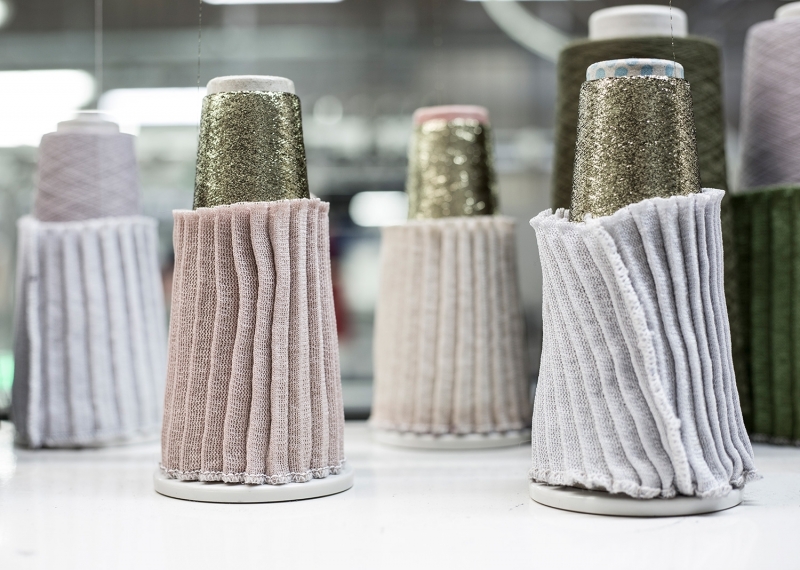 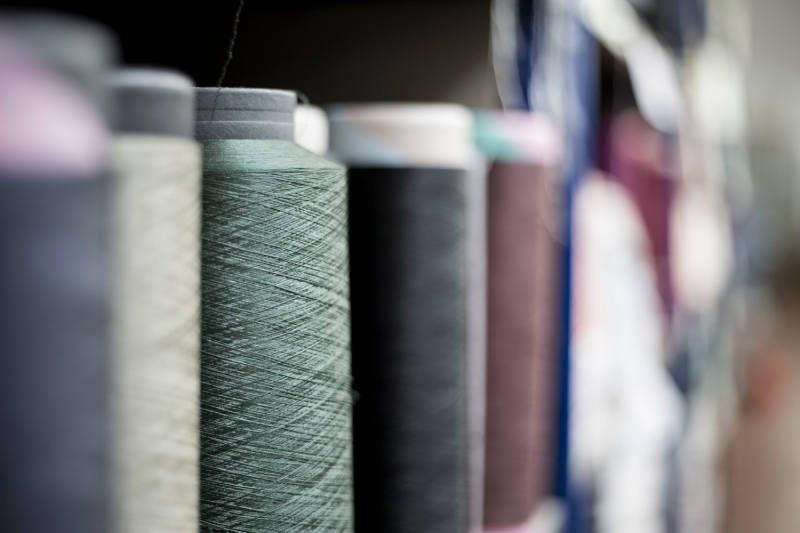 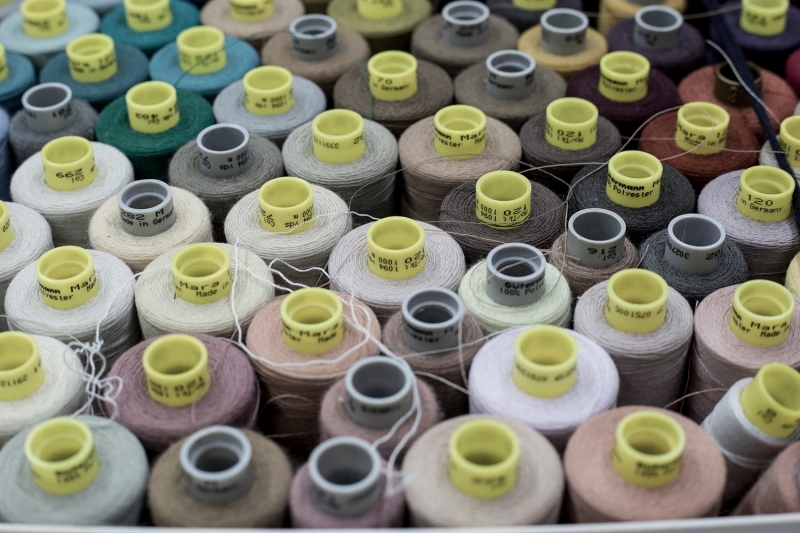 Ini Archibong
designbyini.com
The American designer Ini Archibong has a recent master’s degree in Design for Luxury and Craftsmanship from the École Cantonal d’Art Lausanne, where he had the chance to collaborate with Vacheron Constantin. In Switzerland, he discovered the traditional crafts, attention to detail and skills in luxury-goods production, which together with the Swiss way of life prompted him to settle in Neuchâtel, where he works independently. His interests are architecture, engineering, environmental and product design as well as mathematics, philosophy and world religions. At the 2016 Salone del Mobile in Milan, Archibong presented The Secret Garden, interior furnishings that are a cross between art and design.
Elisabetta Bocchese
maglificiomiles.it
Maglificio Miles, a high-quality knitwear producer, was founded by Silvia Stein Bocchese and her husband in 1962. She remains the president, but her four children now run the family company as a team. She is a laureate of the 2018 Talents du luxe et de la création award in the category of Innovation, an honour she dedicated to Azzedine Alaïa, with whom she collaborated for almost 40 years. Her daughter Elisabetta Bocchese is in charge of creative operations, making sure that fashion designers’ ideas are executed to the highest possible standard, a task that combines specialised pattern makers, skilled seamstresses who work by hand, and digital programmers of advanced knitting machines.
Share the article 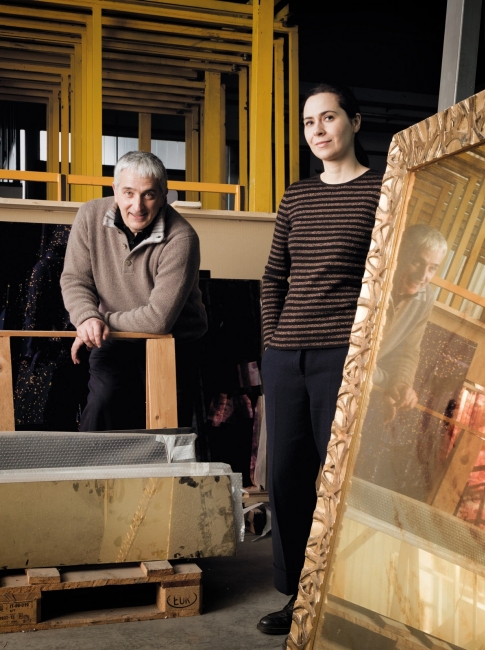 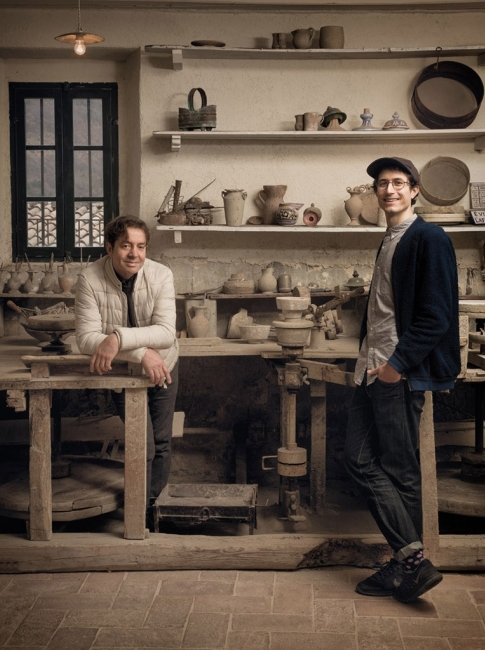 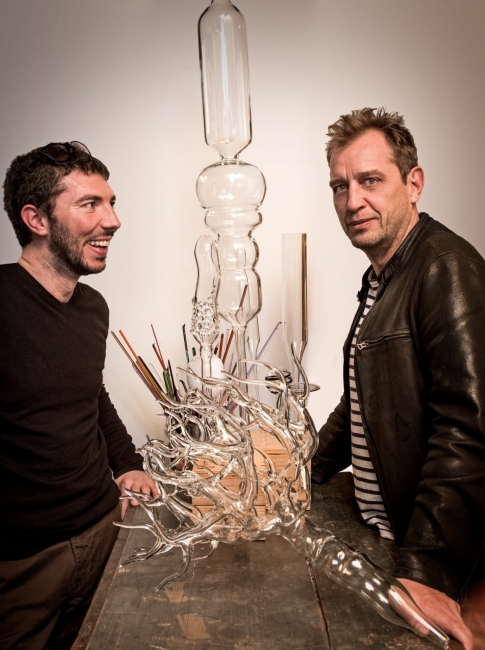