These kitchen pots, entirely made of stone, can be used for healthy cooking and as cutting boards, according to the different position of the handle on the lids. The whole collection was born from a single block of this stone, characterised by thermal memory: an ancient lathing technique allowed to extract the internal part of the block and to rework it continually, without wasting any material. 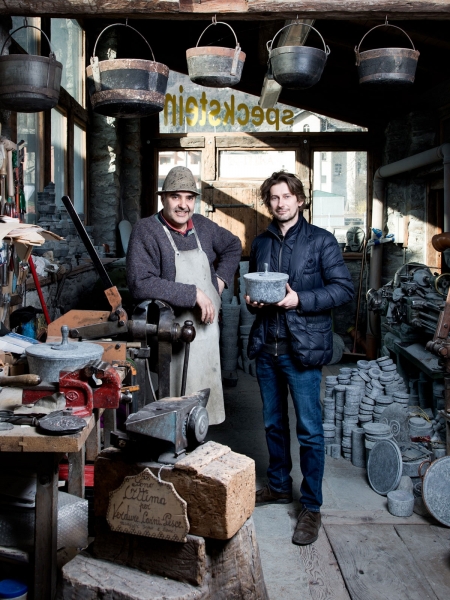 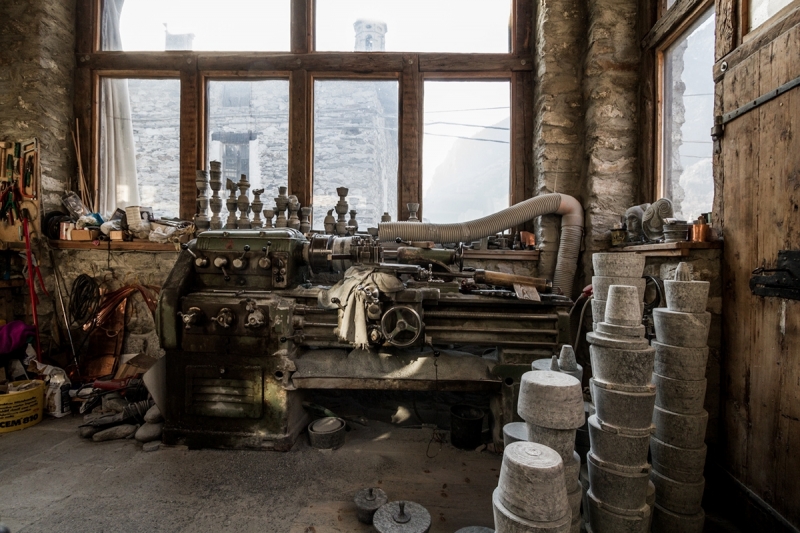 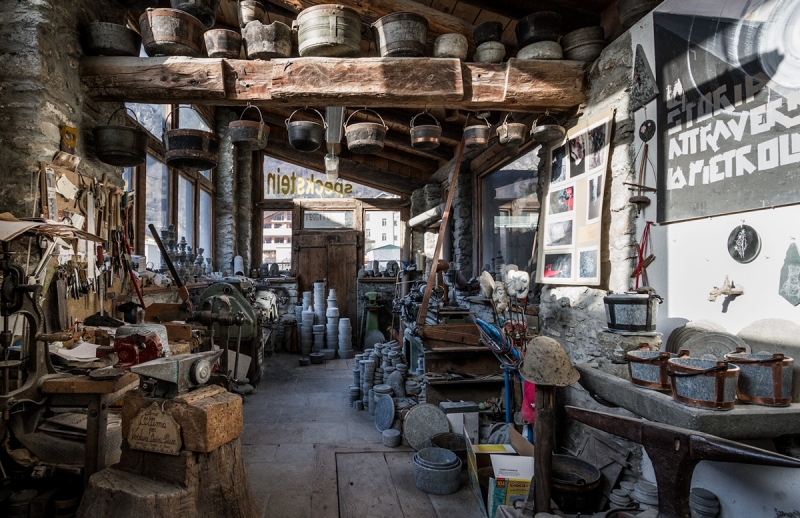 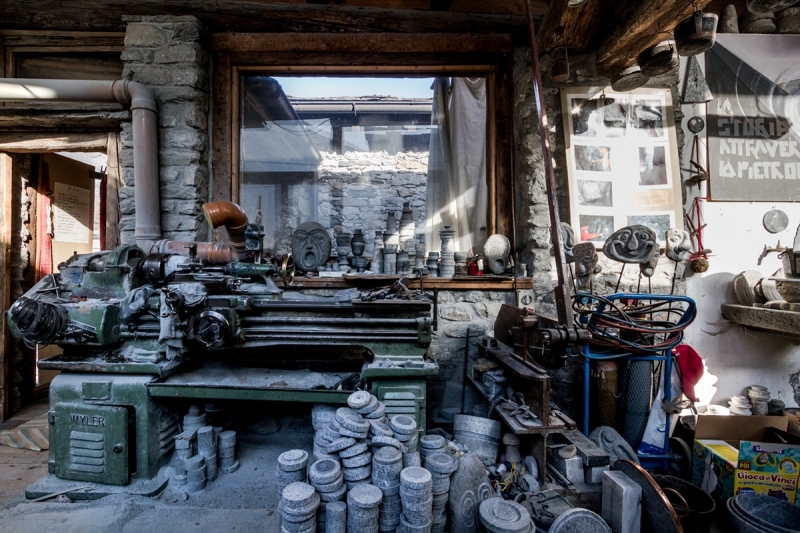 Lorenzo Damiani
lorenzodamiani.net
After graduating in architecture at Milan’s Politecnico, Lorenzo Damiani started working in furniture and product design. In 2009, Triennale Design Museum dedicated a personal exhibition to him, with the title “Where have all the Inventors Gone? Lorenzo Damiani”, curated by Marco Romanelli. Four years later he designed the installation dedicated to the Castiglioni brothers within the Triennale Design Museum’s sixth edition. Some of his works are also present in the permanent collection at Chicago Athenaeum and at Vitra Design Museum. He worked with companies like Cappellini, Campeggi, Ceramica Flaminia, Montina, Illy Caffè, IB Rubinetterie, Caimi Brevetti, Luce di Carrara, Lavazza and Nodus.
Roberto Lucchinetti
pietraollare.com
In his workshop in Piuro, Valchiavenna, Roberto Lucchinetti works pietra ollare (ollare stone) with great mastery. Pietra ollare is a fine-grained grey stone, with a greenish hue and fine black and white veins, named after the Latin olla, an ancient kind of vessel used for cooking and storing food. Lucchinetti approached this ancient craft in 1988, when he decided to re-start the production of laveggi, traditional pots in ollare stone and copper, particularly suitable for slow cooking. In 1994 the master craftsman restored an ancient workshop which had belonged to the last laveggiaio (laveggio-maker) in the valley and relocated his own production with the aim to carry forward this ancient, nearly forgotten craft.
Share the article