Uros Mihic is a designer who works with paper, giving it three-dimensional form through precise folds that give rise to unusual origami objects, some accordion-like and large, as in his model of Milan’s cathedral. Today he is in the studio of Caterina Crepax, amid paper objects of such different form that they might be made of another medium. There are gauzy gowns, lavish with detail, and mannequin-like busts –one that rises out of a two–tiered city, with streets encircling a head that opens up, hollow. For just a moment, their contrasting styles might preclude a joint project. But that swiftly evaporates with the talk of craft: Mihic is intrigued by how Crepax processes the paper to achieve such forms and textures, while she is fascinated by his precision. 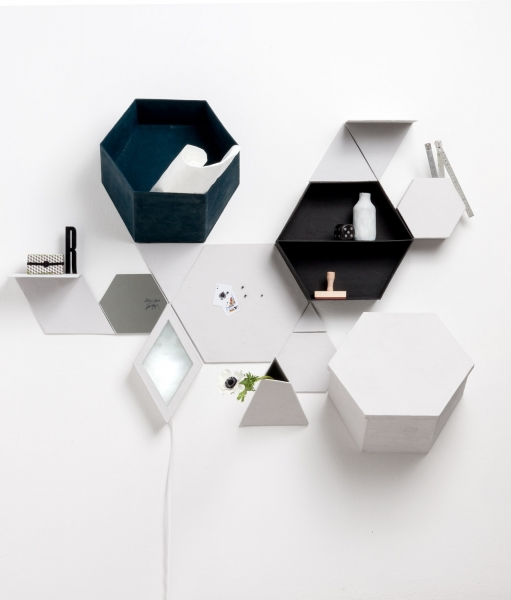 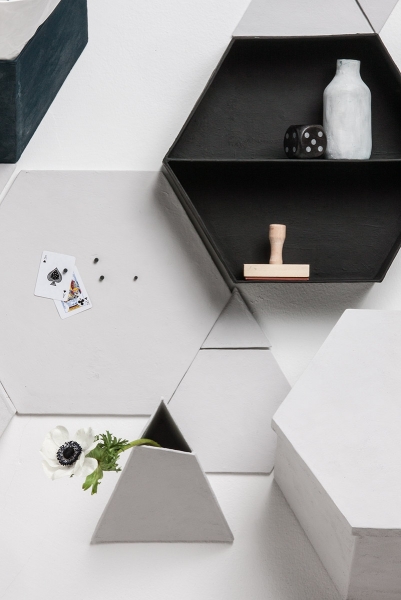 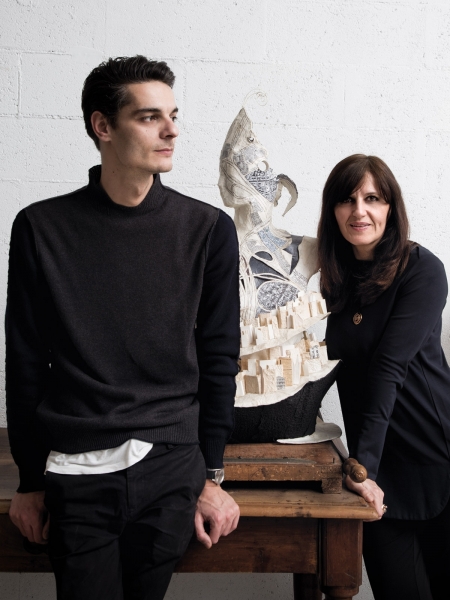 “Caterina and I both see paper as a simple material that is very versatile,” says Mihic. “This vision unites us in spite of our different professional paths.” In the coming days, he sketches a series of objects –atypical boxes– that start with the hexagonal grid of origami. Together they develop a sophisticated execution technique since the objects are relatively simple in volume. Both agree that the joint project has gone really well. “I’m creating a product I’ve never done before,” says Mihic, “and Caterina is applying established techniques in a new, innovative way.” Crepax thinks the paper boxes express their two natural inclinations: “They are modular geometric structures that can be combined in a free and creative way,” she says. “It’s been an unpredictable, stimulating meeting.” 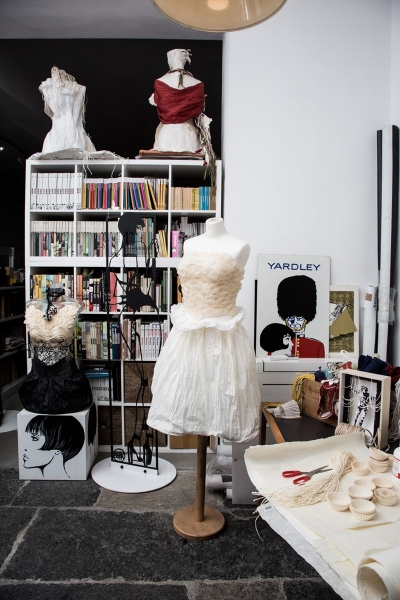 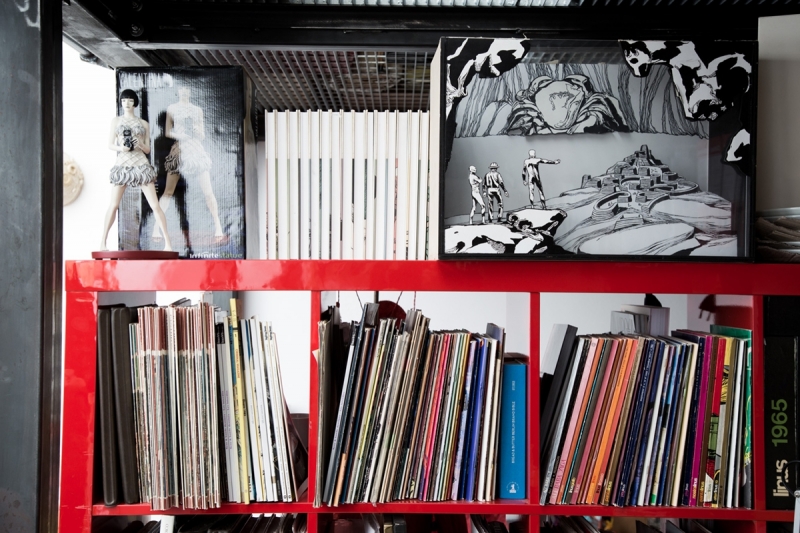 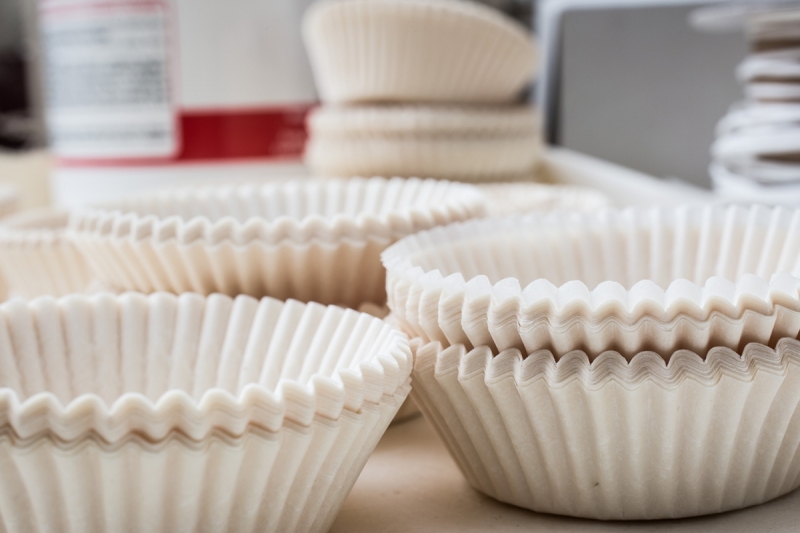 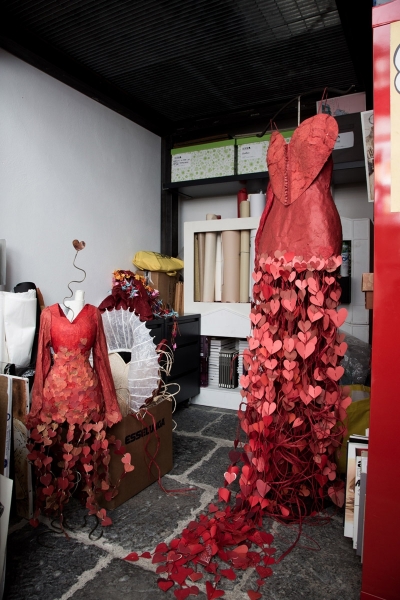 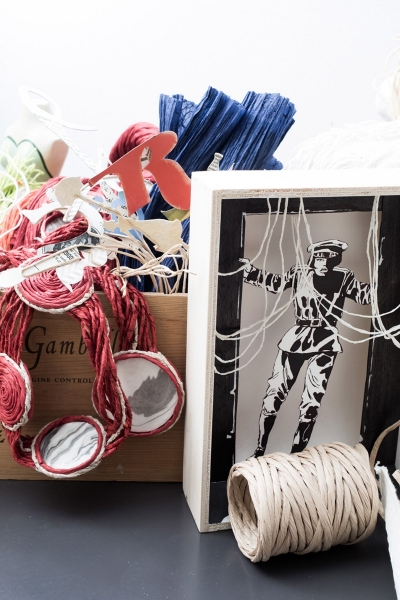 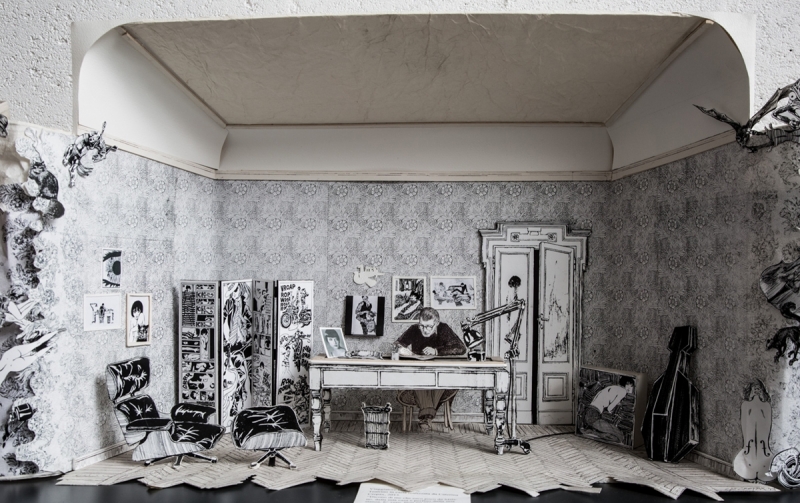 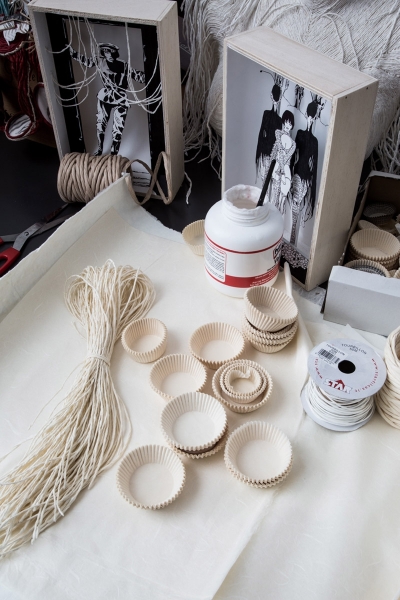 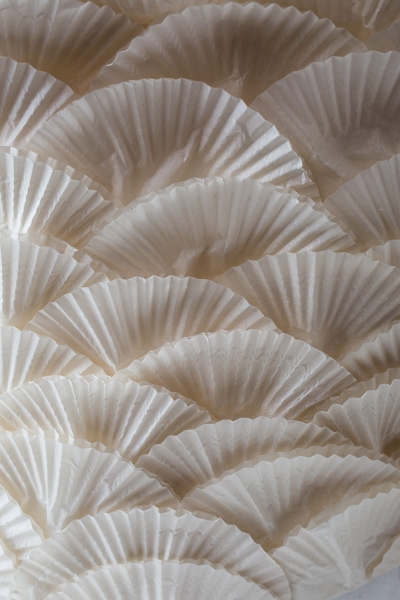 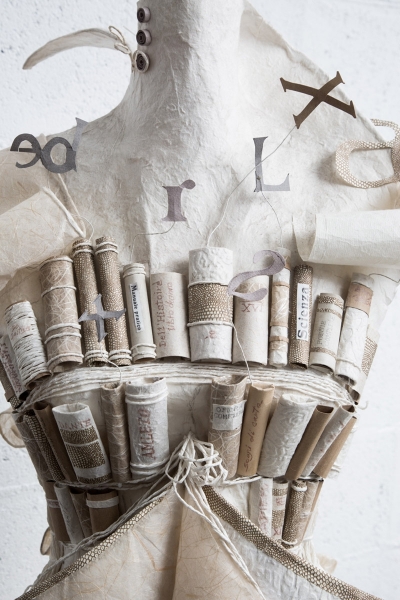 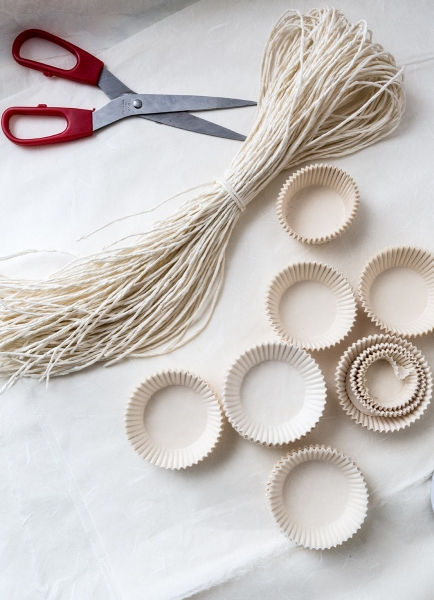 Uros Mihic
urosmihic.com
Uros Mihic practices the Japanese art of origami. Serbian-born, he is a naturalised Italian based in Milan. A trained architect, he translates a passion for shapes and composition into diverse work that ranges from small animals to large origami objects. His pieces can serve as a backdrop or the central character of exhibits such as those related to Milan’s Salone del Mobile. His work, lauded for giving origami a modern look, is often on display in luxury stores such as his “Deep Sea” windows for Pomellato, or delicate leaves and flowers on the vine for Coccinelle. It also includes an installation of origami sculpture at the Armani flagship store for the 2014 Parcours St. Germain in Paris.
Caterina Crepax
catcrepaxpaperart.com
Caterina Crepax uses paper to create elaborate dresses and other art objects. Based in Milan and trained in architectural design, she applies a range of techniques to shape ordinary, precious or handmade paper into surfaces and structures that are complex and rich with detail. Since the debut of her first collection for Molteni&C at the 1995 Salone del Mobile, her work has appeared in major fashion magazines, clothing and furnishing stores, theatre performances, and fashion shows in Milan, Rome and Paris as well as exhibitions such as the Milan Triennale, the Sao Paulo Art Biennial, and Art Basel Miami. She often collaborates with paper manufacturers in Italy and Spain to promote recycling.
Share the article