The technique of anamorphosis has been used since the late 15th century as a way of obscuring sensitive messages through surface distortion, which can then be unlocked through a reflective device. A strange distorted painting on a round porcelain plate remains inaccessible until a highly polished surface of a silver bottle, which functions as a curved mirror, is placed in the centre. By looking at the cylindrical vessel from one specific angle, the image returns to its correct, undistorted proportions: the endangered Oriolus oriolus is thus revealed, chosen by Atelier Lachaert Dhanis (formed by Sofie Lachaert & Luc D’Hanis, who both studied in Antwerp and are acknowledged for their bold investigations of the boundaries between art, design and craftsmanship) to express their concern about the extinction of these delicate creatures. 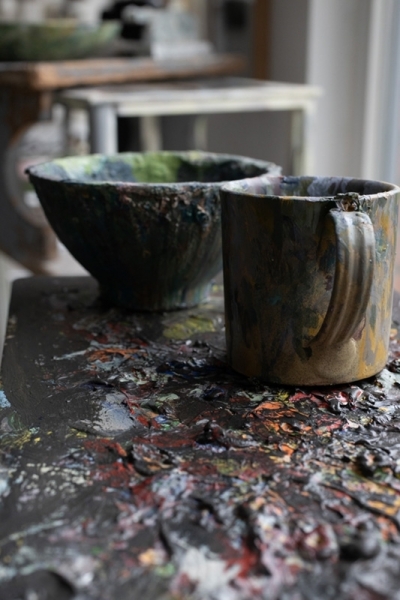 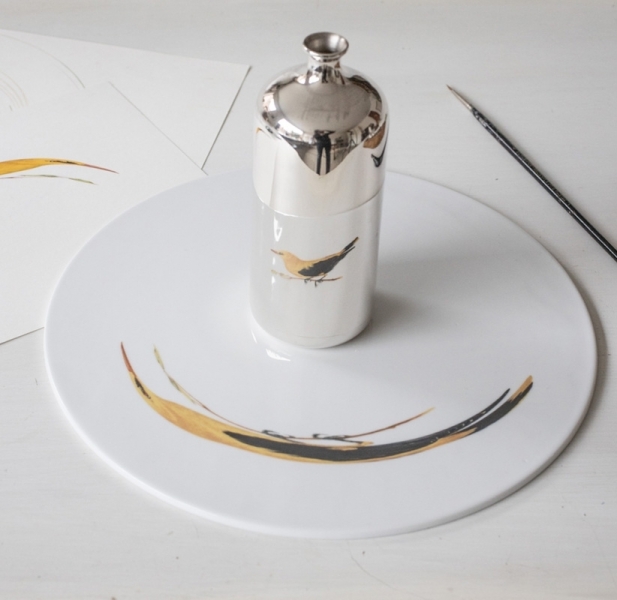 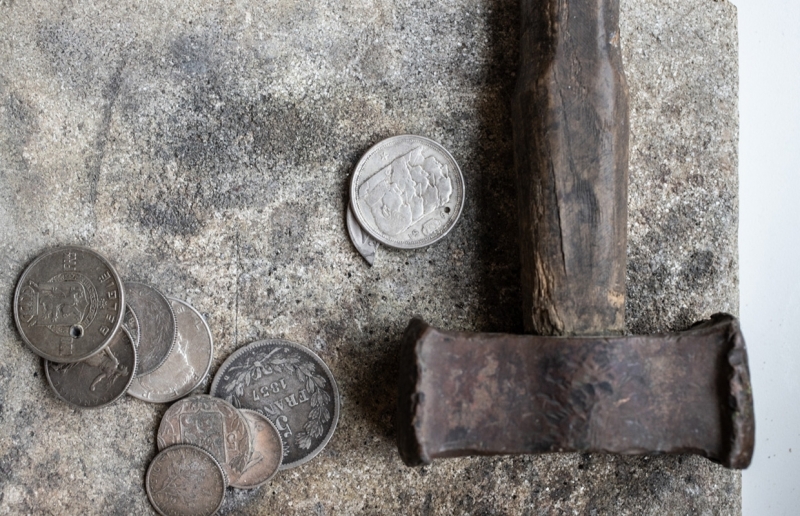 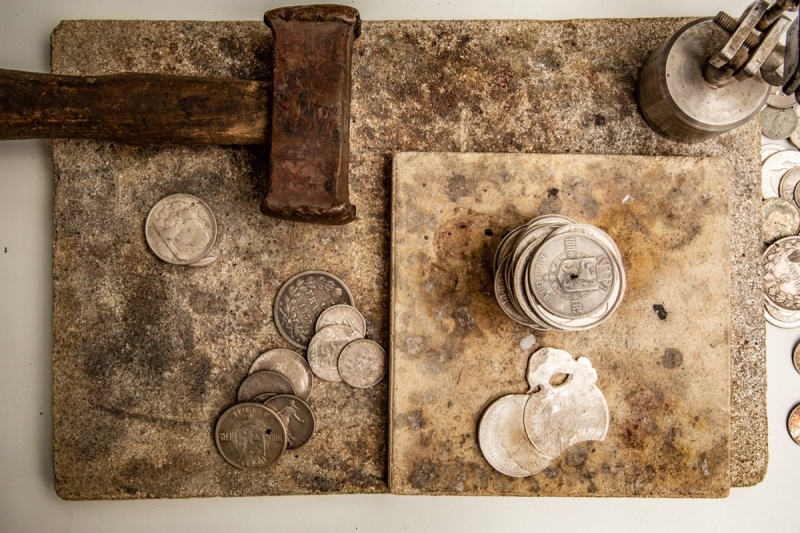 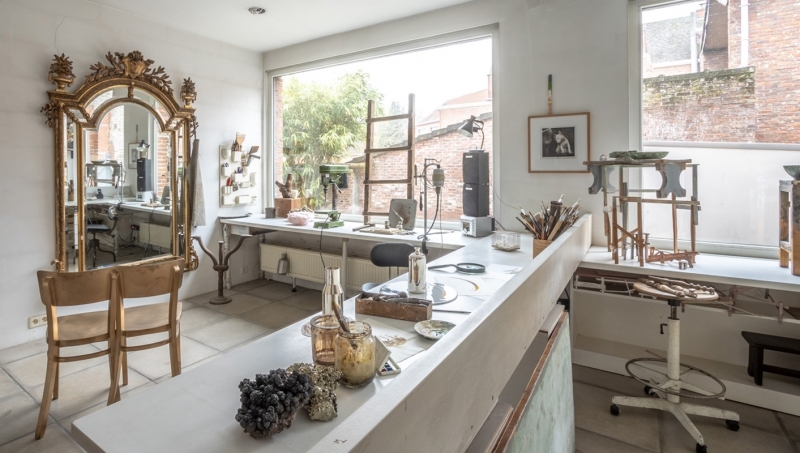 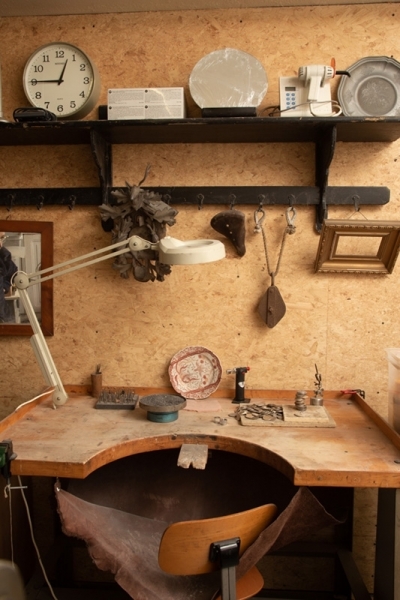 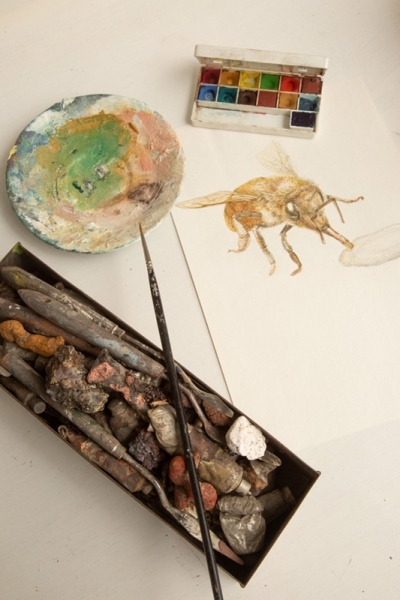 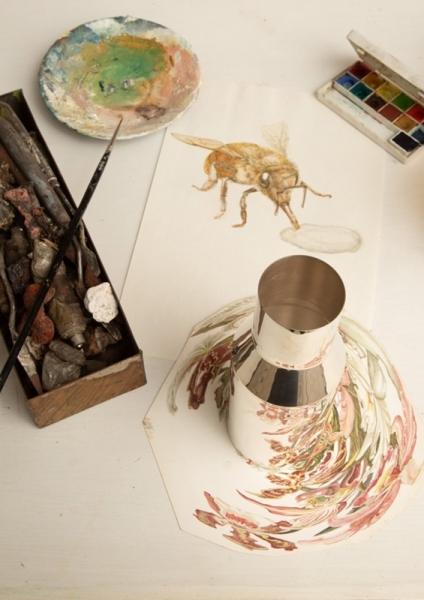 Precious materials – silver, crafted by the duo, and porcelain, crafted by the Belgian artisan Piet Stockmans – take on the modest appearance of everyday objects. “Piet is open-minded and keen to help other artists with their work,” declare Sofie and Luc. Atelier Lachaert Dhanis worked on the archetypal silver bottle and created the watercolour image, then graphically distorted; Stockmans, whose artworks are exhibited in the best international museums, took care of the perfectly flat porcelain surface, where the silver bottle is placed. He had to make sure that it was completely smooth, since even the smallest unevenness would disturb the reflection. 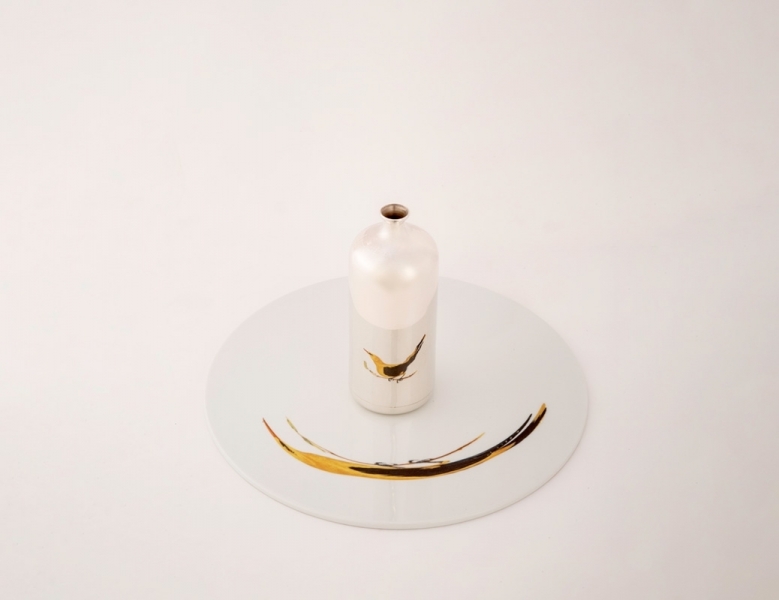 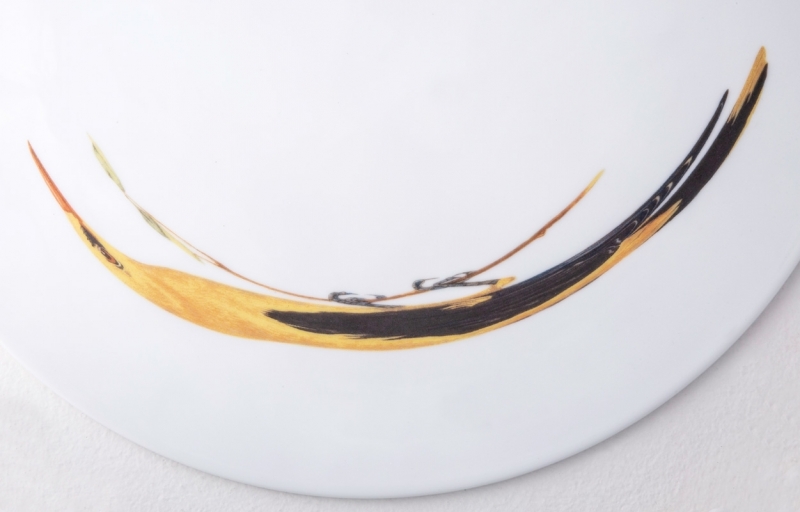 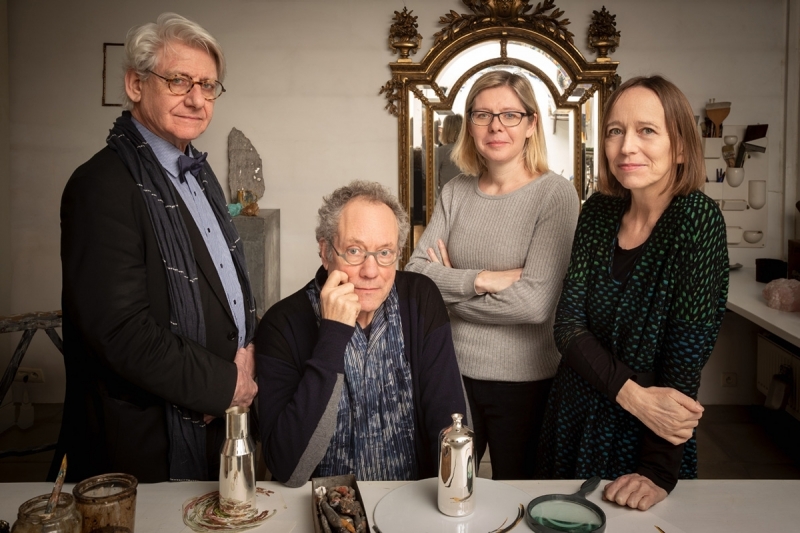