In the Antique Mirror factory, among towering sheets of glass and buckets of oxide coatings, Cristina Celestino is getting filled in on the secrets behind the beautiful mirrors she admires. Massimo Borgna, the company’s founder, is showing her how he’s been able to reintroduce magic into a product that, in his view, can suffer from too much industrial perfection. Borgna’s passionate words about ancient glass and alchemy don’t seem too lofty as they move among samples of the work, viewing the effects he and his artisans achieve. “I find the colours and textures of these mirrors really fascinating,” Celestino says. “A theme reflected through these surfaces takes on a new dimension: almost three-dimensional, dreamlike.” 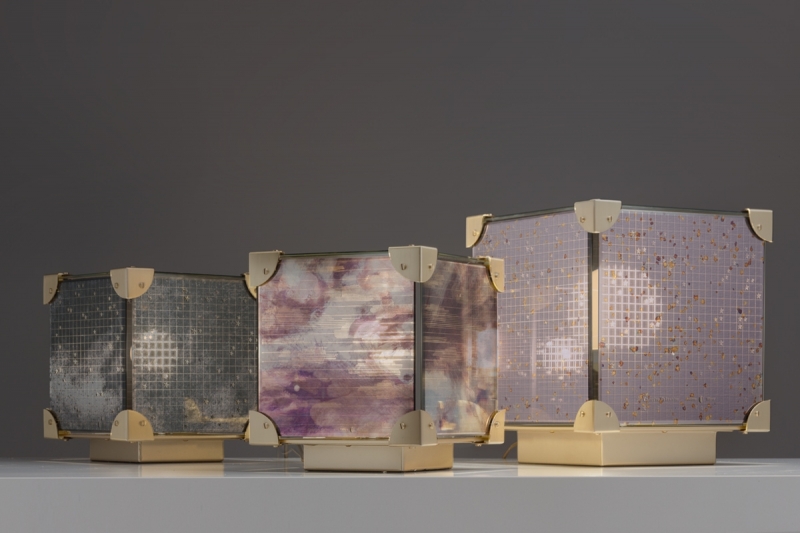 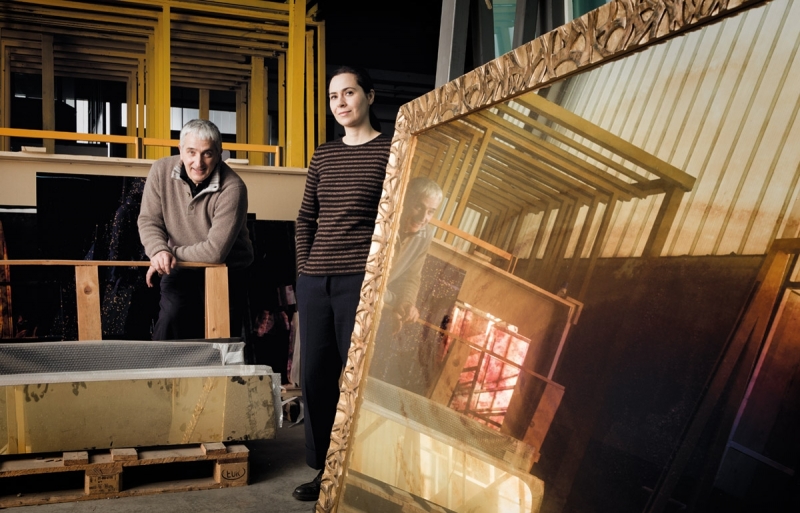 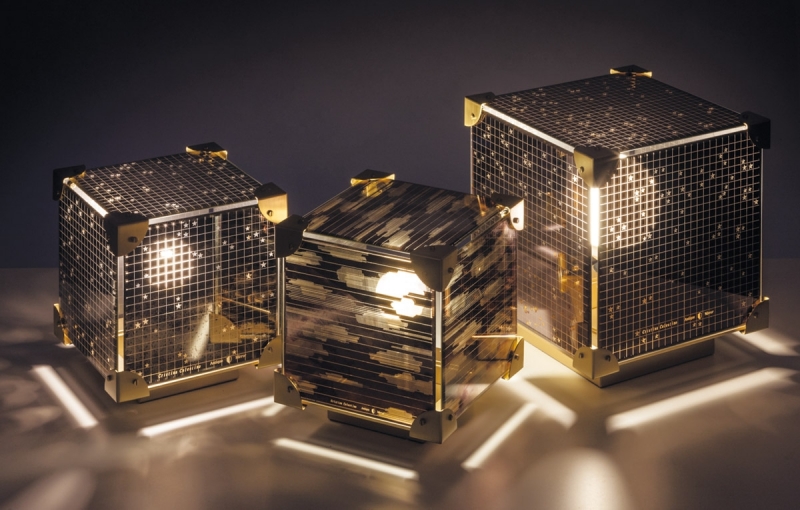 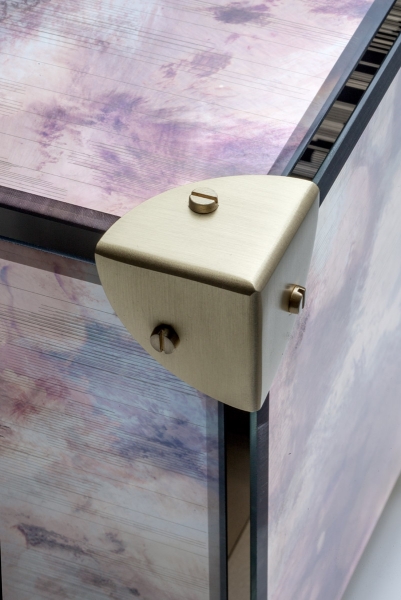 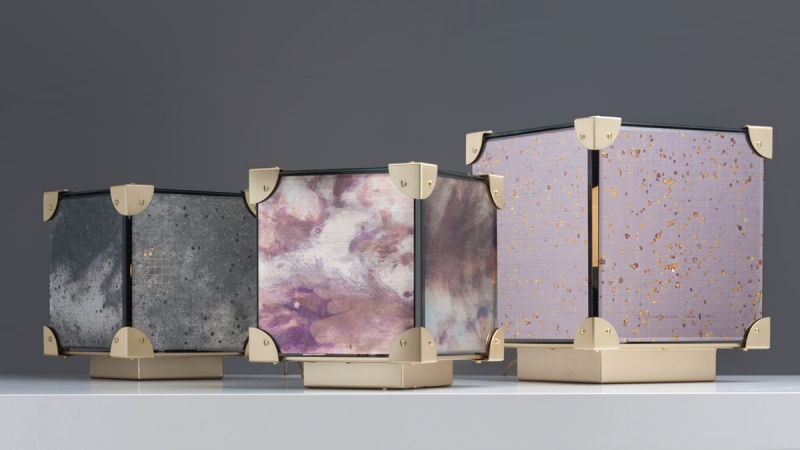 For the project that they will do together, Celestino wants to work with the transparent trait she sees in some of Borgna’s products. But a new idea emerges when he shows her another technique they have developed. “Here the decorative details have been done with laser-cuts, similar to embrasures,” Borgna says. “The plan for our lamps was born from the union between the magic of mirrors and the application of modern technology,” says Celestino. For Borgna, the project is a new adventure, the first time he has worked in the world of lighting.  “I hope this is the starting point of a great collection,” he says. Celestino reflects on her day at the factory: “It was actually talking to those involved in the processes and learning the history of the product that makes it possible to use the materials to their fullest potential.”

Cristina Celestino
cristinacelestino.com
Cristina Celestino designs exclusive projects for private clients and companies. Trained in architecture in Venice, she moved to Milan in 2009, founding the brand Attico Design to make lamps and furnishings based on extensive research into materials and forms. Her creations are shown in many international galleries and showrooms. Her Atomizers project, produced by Seletti, is in the Milan Triennale’s permanent collection of Italian design and her “The Happy Room” collection for Fendi was featured at Design Miami/ in 2016. She was featured in the Salone Satellite in 2012, and was awarded the special jury prize at Salone del Mobile in 2016. As an architect, she also works on interiors and exhibit design.
Massimo Borgna
antiquemirror.it
Massimo Borgna is the founder of Antique Mirror, a company based in Tuscany that uses artisanal techniques to create unique mirrors for fine hotels, restaurants, luxury stores and homes around the world. Borgna is a passionate advocate for restoring the magic of reflection by embracing both ancient knowledge and cutting-edge technology. By playing with oxidation and a black background, for example, the mirrors can evoke watery depths. Through dozens of unique applications, silvered and decorated flat glass take on an exquisite array of colours and effects, from a multicolored sunset to gold stars in a dark sky. The mirrors come in many forms, from large sheets to three-dimensional panels, tiles and mosaic glass.
Share the article