Impressed by Giorgio and Alessandro Morelato’s incredible craftsmanship in cabinetmaking, David and Nicolas were delighted with the opportunity to develop their subtly proportioned two-tone cabinet with him. Morelato executed the piece using only traditional techniques (including a new template to press its curved sides), but he is no stranger to the use of high technology such as software-controlled five-axis machinery.
“One of my favourite things is seeing young people adopting ancient ways of woodworking in a modern way,” says Morelato. The most painstaking part of the cabinet, he explains, was joining the extremities of the 82 solid strips of alternating oak and mahogany to the curved plywood of the sides, which are finished with
one millimetre of veneer. 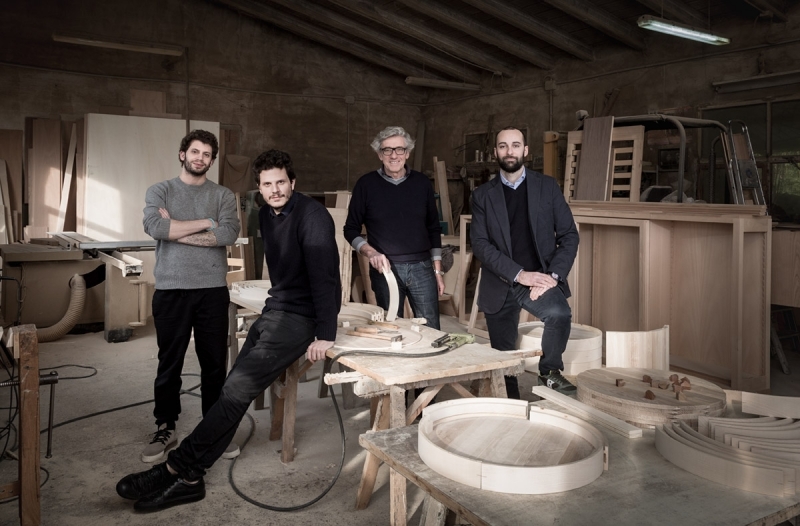 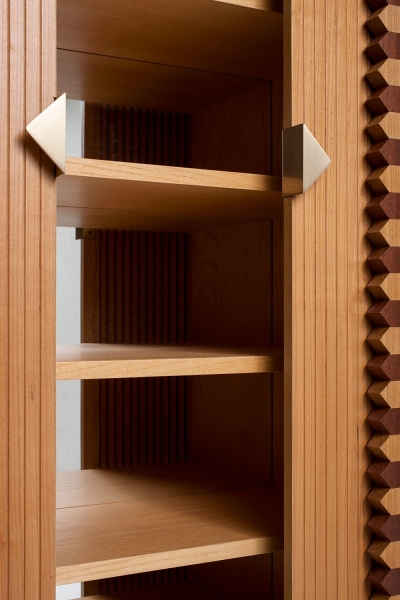 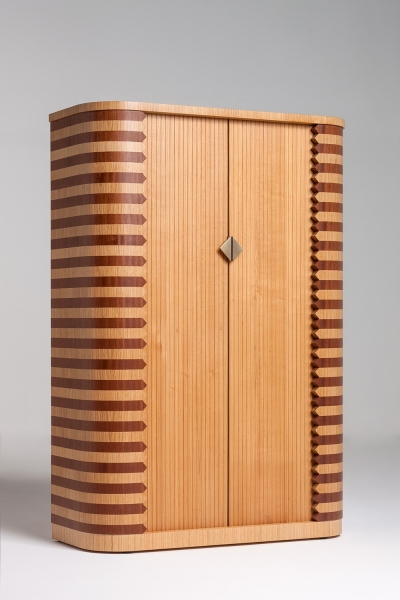 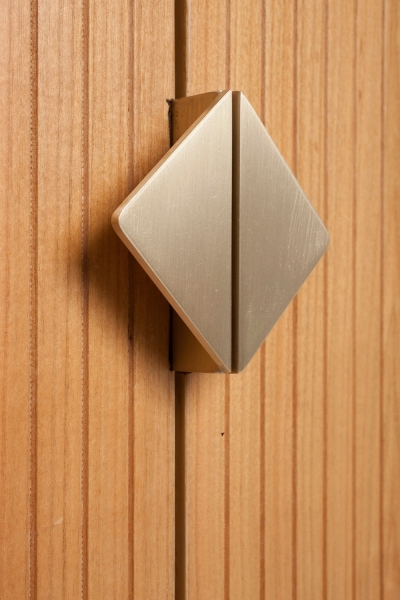 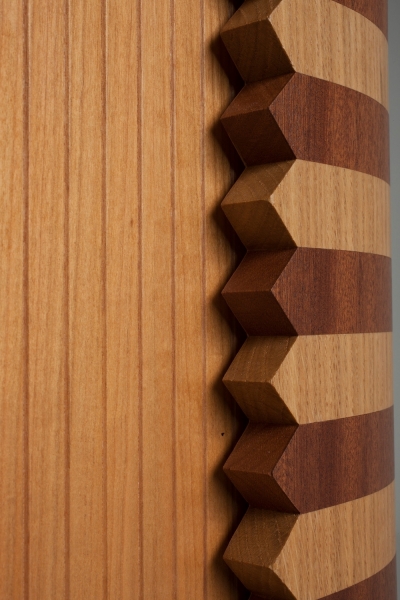 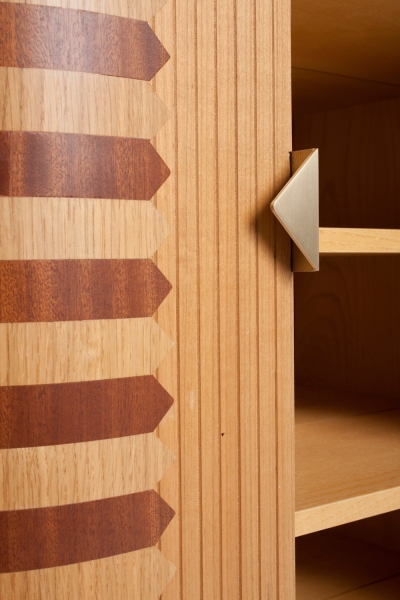 David and Nicolas enjoy getting out of their comfort zone. “We are inspired by our country and its culture. We feel connected to 12th century Lebanon. Why? No idea. We often stumble upon details of things that the Crusaders left us, ideas that are in the air.” Indeed, their designs seem to float in a time-space compression of past and future. Their cabinet, conceived as a bar or small bookcase to complement any type of room, thickens the typically thin slices of marquetry veneer to more solid slabs of wood. A mirror inside gives depth when the segmented doors slide open. Both Morelato and david/nicolas remarked on how smooth and harmonious the collaboration was, resulting in expressive unity between design and craftsmanship. 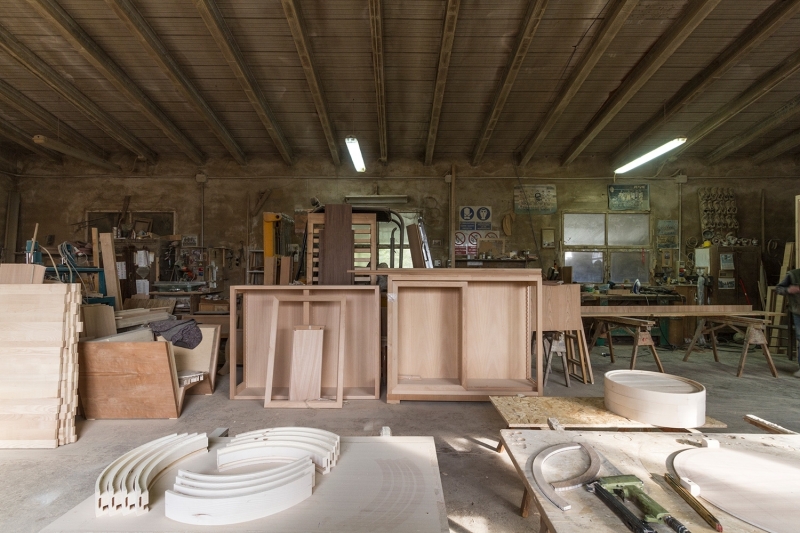 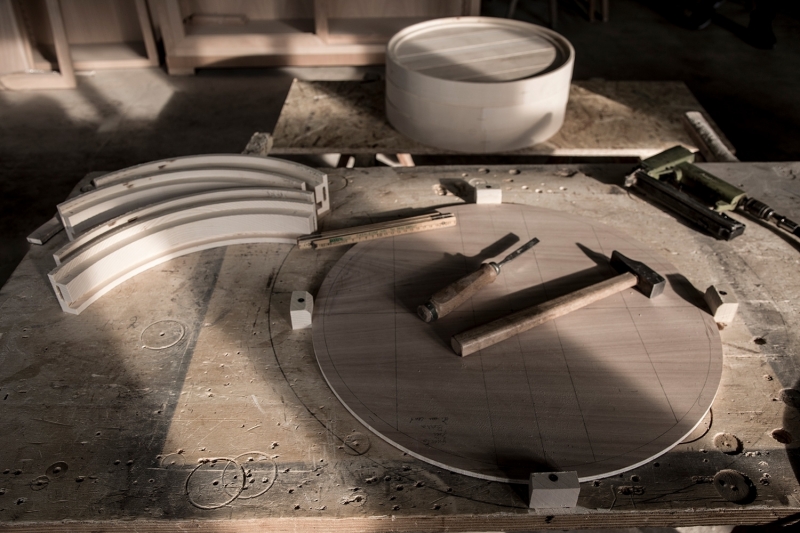 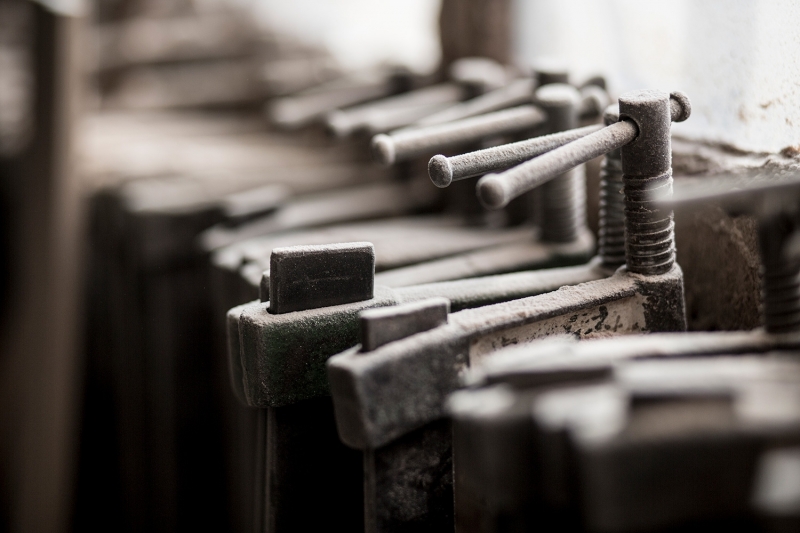 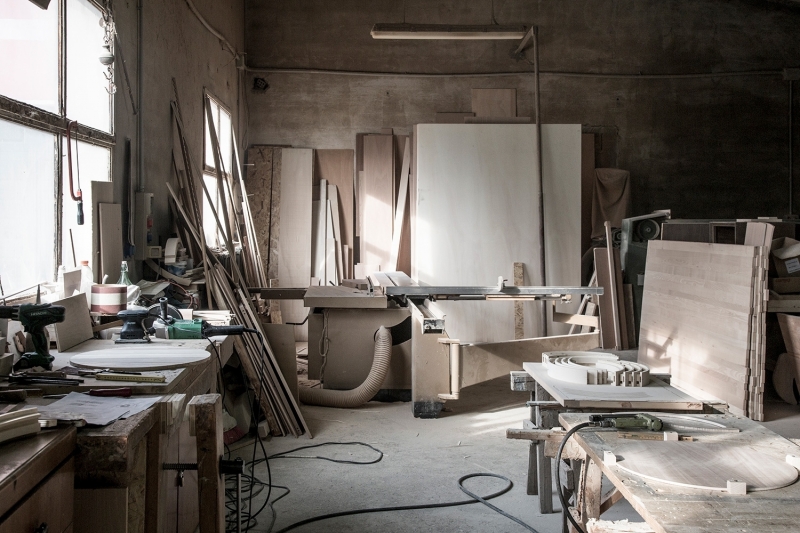 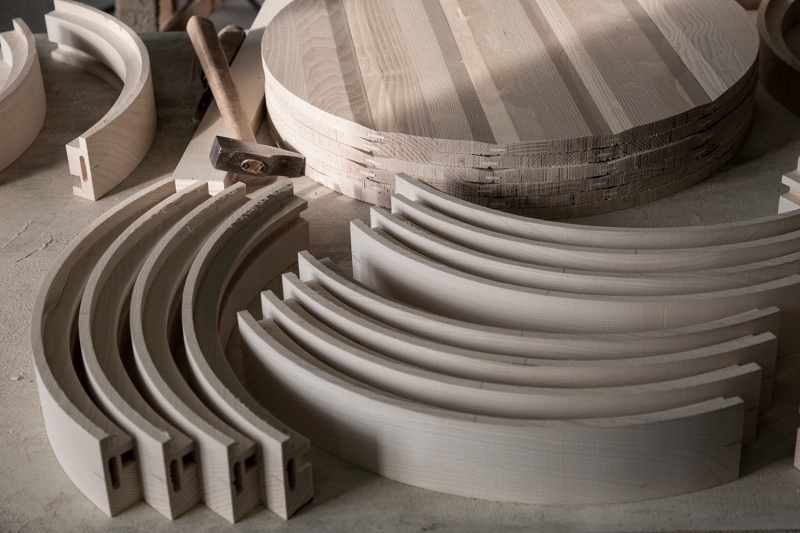 David Raffoul and Nicolas Moussallem
davidandnicolas.com
David Raffoul and Nicolas Moussallem met as design students at the Académie libanaise des beaux-arts, and set up david/nicolas in Beirut in 2011. The duo’s retro-futuristic aesthetic combines geometry, antique furniture, robots and space travel, making their furniture feel simultaneously vintage and contemporary. In 2014, The New York Times named them as one of three breakout stars of the Milan Salone del Mobile. In 2015, Nilufar gallery in Milan began carrying their tables, chairs and sofas. The duo are represented by Carpenters Workshop Gallery in Paris, which exhibits their limited-edition pieces. In 2018, their marble Triangoli vases received the Wallpaper* Design Award.
Giorgio Morelato
morelato.it
Giorgio Morelato is a master cabinetmaker at his family’s namesake company specialised in perfectly crafted interior pieces for the home. Located south of Verona in an area famed for its artistic furniture, the Morelatos are both attached to local tradition and eager to appeal to contemporary tastes. Their roots in classical styles such as Biedermeier and Louis XVI shine through in specific techniques they use in modern and customised pieces. The furniture is developed both in-house and by designers of international renown. Giorgio Morelato is the president of the woodcraft-promoting Aldo Morelato Foundation, housed in the stunning Villa Dionisi.
Share the article