The pursuit of modularity in typefaces was particularly in vogue in the 1920s, when mass-produced modular elements began being used in buildings and furniture. For Doppia Firma, the type designer Erik Spiekermann set out to produce a set of shapes with which letters and numbers can be composed. He made these squares, circles and triangles in three sizes (6, 12 and 24 “cicero”, a typographic measure) in order to have more combination possibilities. The symbols are almost the same as the Futura Schmuck, the ornamental elements belonging to the Futura typeface designed in the 1920s by Paul Renner. “Spiekermann’s project probes the future of print,” says the typographer in charge of the Tipoteca, Silvio Antiga. 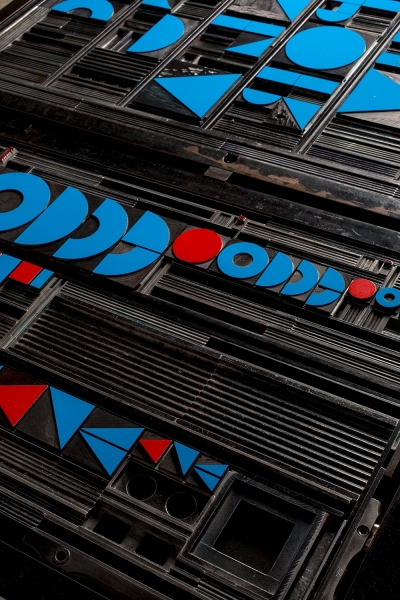 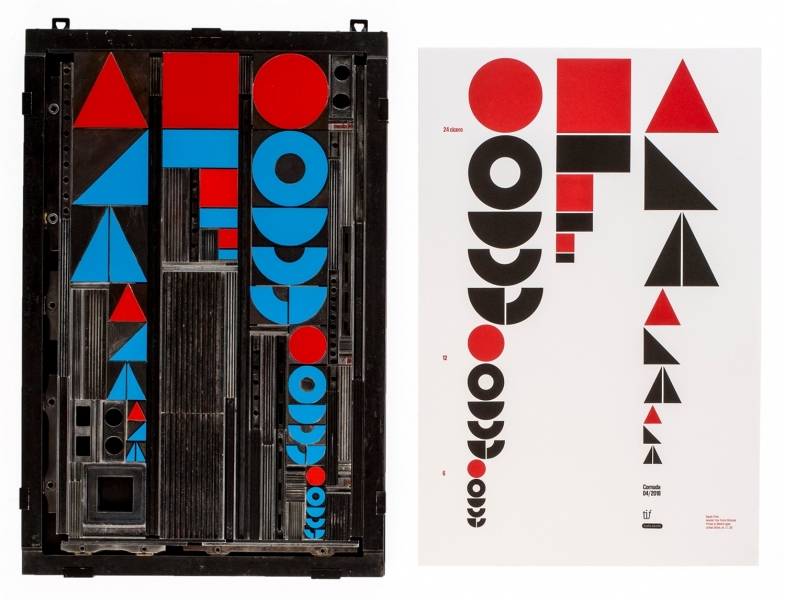 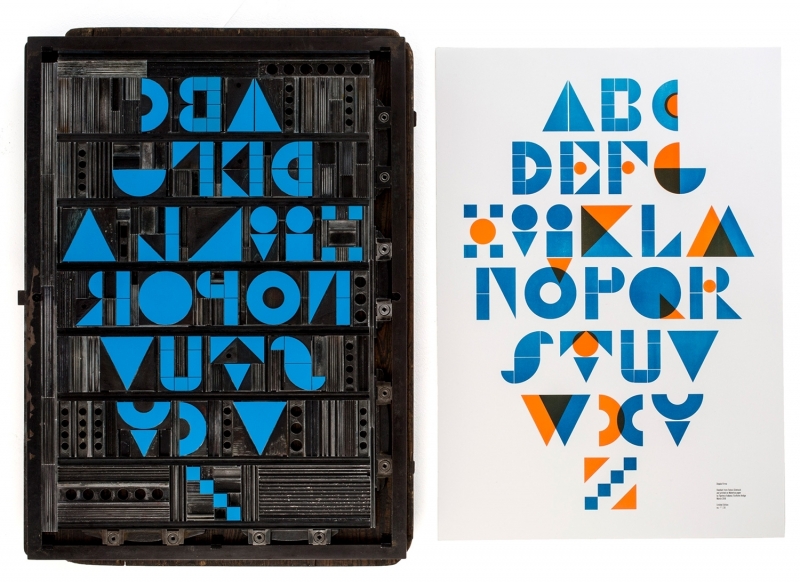 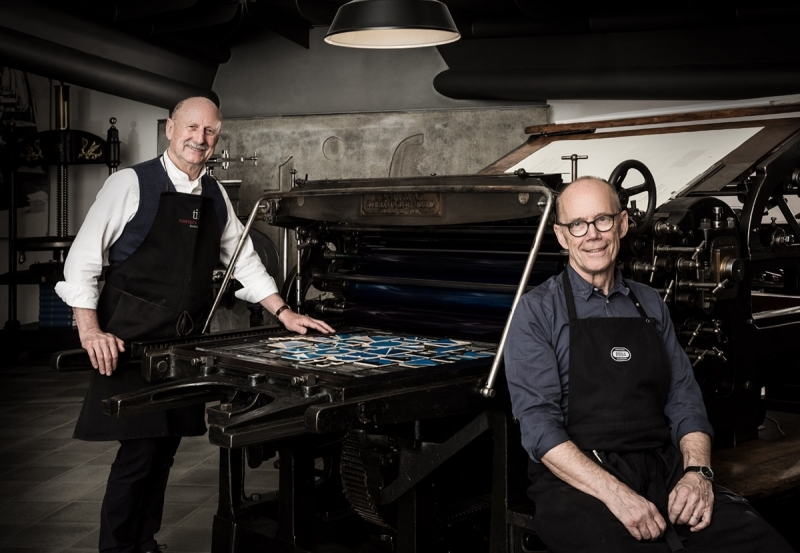 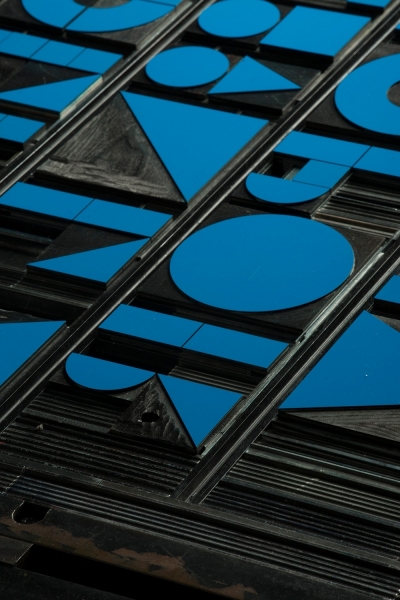 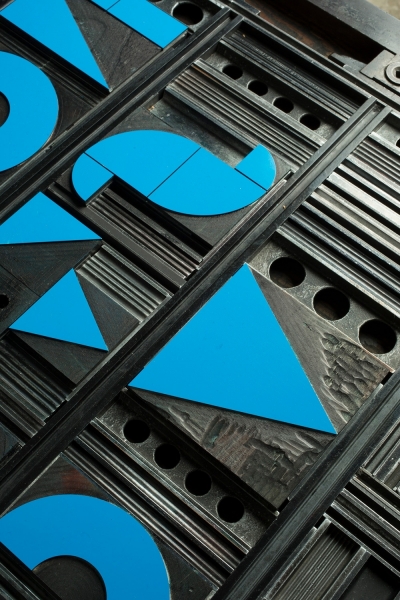 It unites digital technology with letterpress.”  In what he calls a post-digital approach to printing, Spiekermann drew the modules by computer, after which a numerically controlled milling machine cut them out of different materials. Maple is traditional, but this year that type of wood could only be found in small sizes, so the larger shapes were cut from formica. “It prints well and looks good in the press,” he says. Letters are composed inside a metal frame called the printing forme. Once the type is set, it is printed on paper by means of a letterpress. “This project explores where art ends and communication starts. When does our perception allow us to simply enjoy shapes and colour, and when does our intellect tell us to look for meaning?” queries Spiekermann. 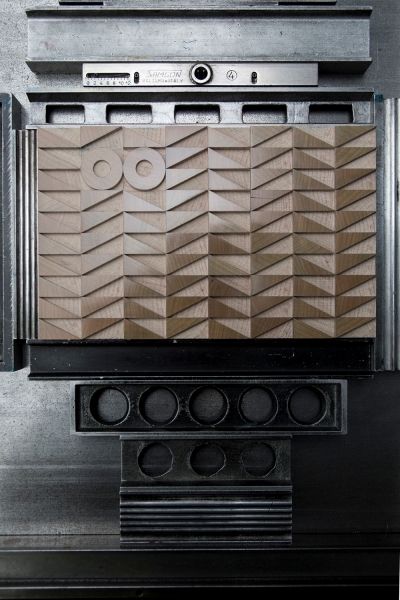 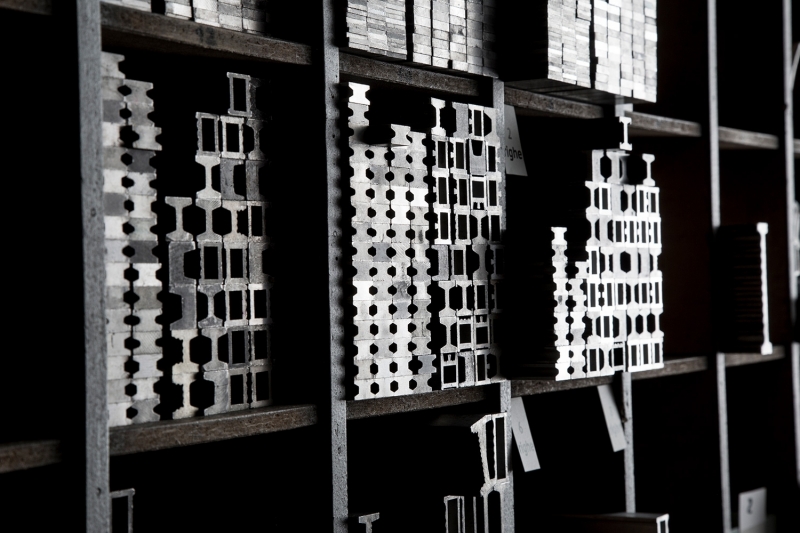 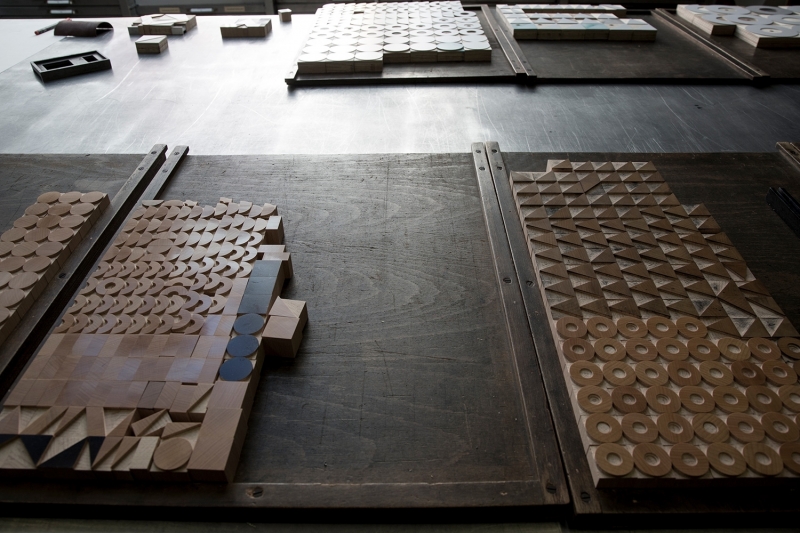 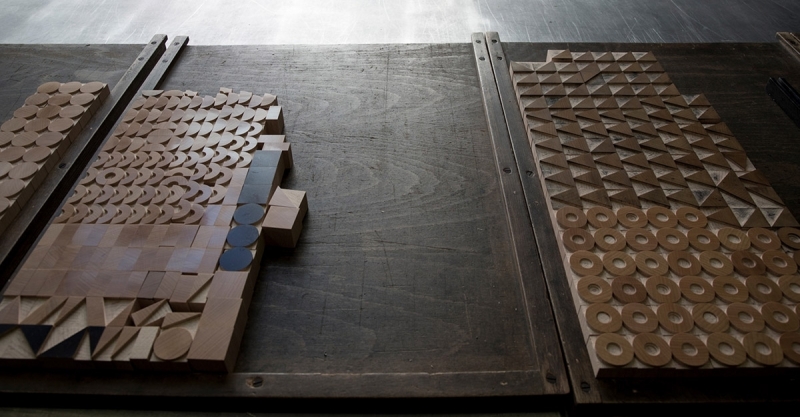 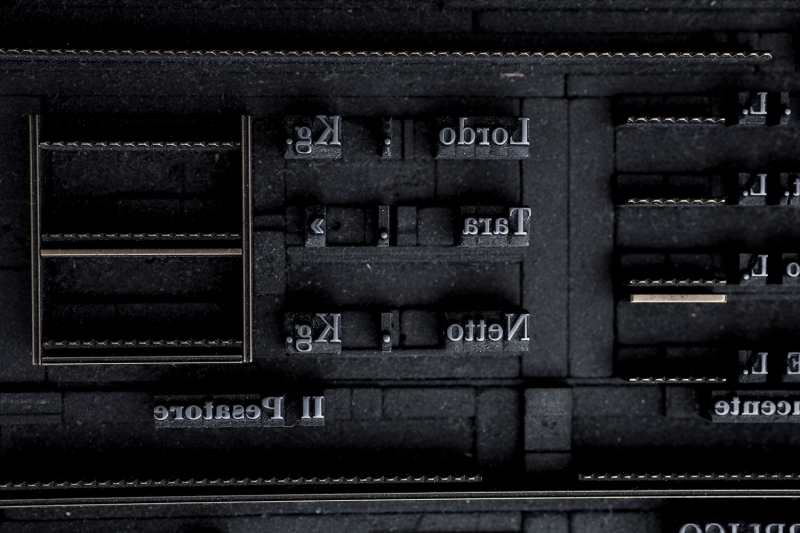 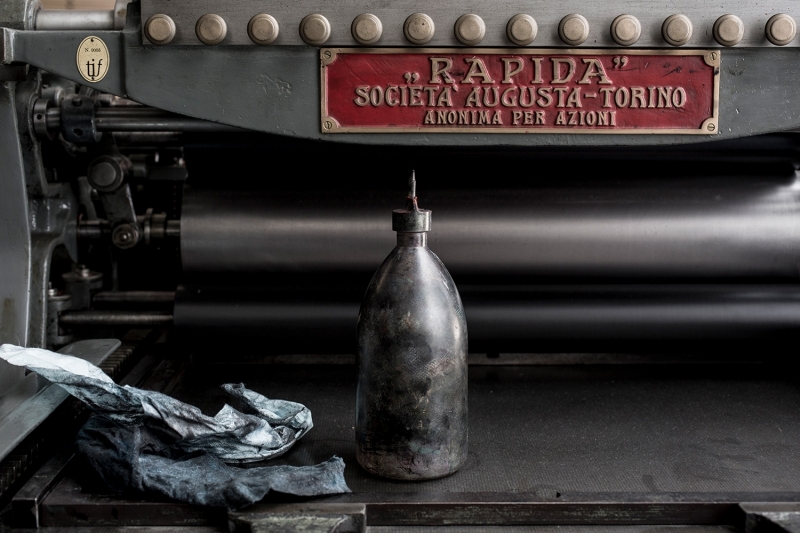 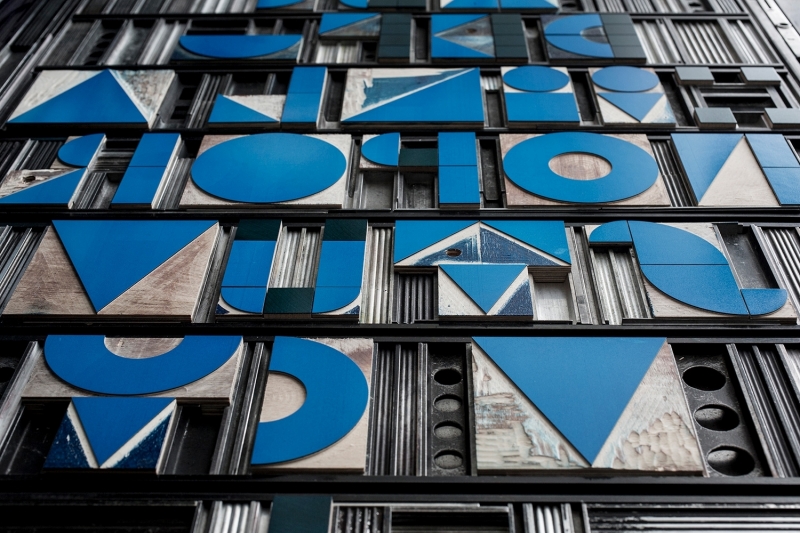 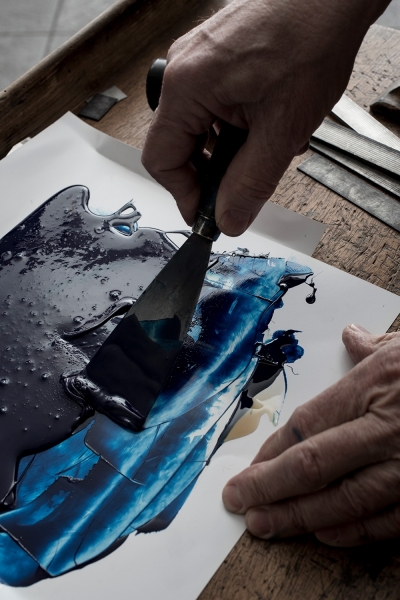 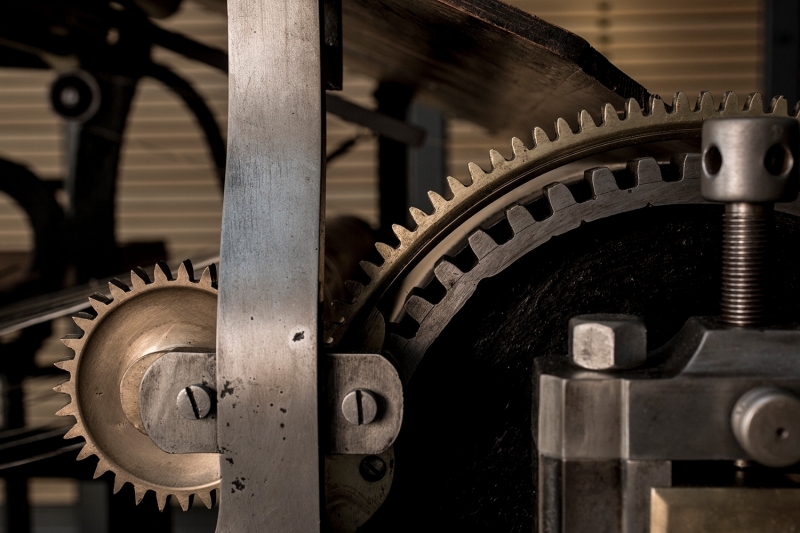 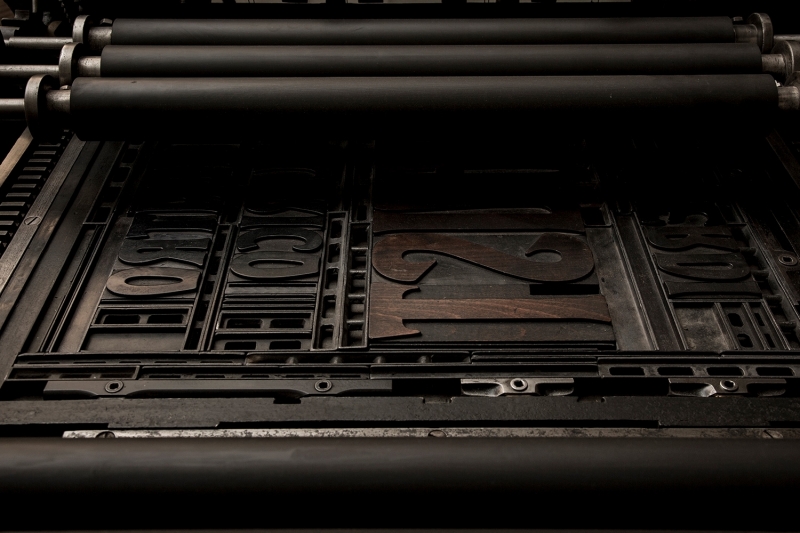 Erik Spiekermann
p98a.com
The German printer, type designer and writer Erik Spiekermann was born in Lower Saxony. Two of his typefaces, FF Meta and ITC Officina, are considered modern classics. He is an honorary professor at the University of the Arts Bremen and the ArtCenter College of Design in Pasadena, California. In 2007 he was elected a Royal Designer for Industry by the British Royal Society of Arts. In 2011 he received the German National Design Award for Lifetime Achievement. He has written books about typography. He now runs p98a, an experimental gallery and letterpress shop in Berlin. He has had a column in Blueprint magazine since 2008. Hello I am Erik, about his life and work, was published in 2014.
Silvio Antiga
tipoteca.it
Silvio Antiga has been a printer since 1960, when he was 14. He and his brothers founded the Grafiche Antiga printing company 45 years ago. When change came to typography in the form of digital technology, Silvio remained fond of moveable type. He began collecting disused characters from attics and typographers. Then his fondness turned into a mission, and in 1995 he founded Tipoteca Italiana, a typographic museum of 19th and 20th century printing materials and machines. Its 2,300 square metres feature a functioning print shop where visitors and schools can discover the art of letterpress. Exhibitions and talks held here revive the knowledge of printing and make it pertinent to contemporary times.
Share the article