Lucia Costantini has been a merlettaia her entire life, breathing new life into the ancient patterns that have been repeated for five centuries. Originally, the lace craft developed in the aristocratic milieu of Venice, thanks to the manual dexterity of the noble women; Burano island became then famous for the merletto, the intricate art of small knots made with thread. “The parakeet perched on a clothesline symbolises the joyful Italian practice of hanging clothes to dry above the streets,” says the designer India Mahdavi. After making a line drawing of the design on paper and layering it with tracing paper on top and three layers of butchers’ paper underneath, Costantini sews the outline of the structure using a Singer treadle machine, in order to make the slow, even stitches that will form the anchors of her needlework.

Both Mahdavi and Costantini use colour for their respective work: Lucia was a pioneer in introducing different shades in lace making. For this project, though, they decided to use the traditional white of Burano lace. Mahdavi’s design is a patchwork of textile patterns inspired by her True Velvet collection of fabric prints for Maison Pierre Frey. Costantini invented a stitch based on the diaper pattern of white Istrian stone and rose-coloured Verona marble seen on the facade of the Doge’s Palace in Venice. “I continue to study, work and design in the hope that lace makers will not be seen as ‘hands that make lace’, but as artistic professionals with creative minds,” Constantini says. “This is precisely the concept I see in Doppia Firma: for the very first time, the lace maker has been placed on equal footing with the designer.” 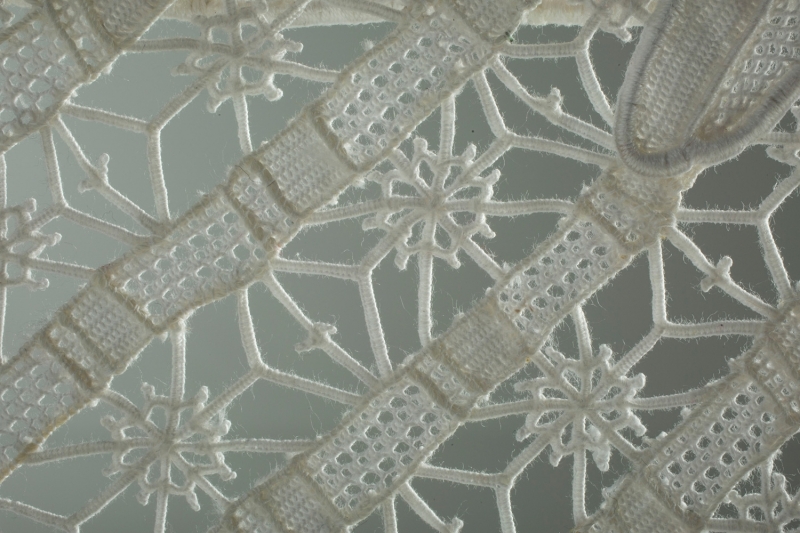 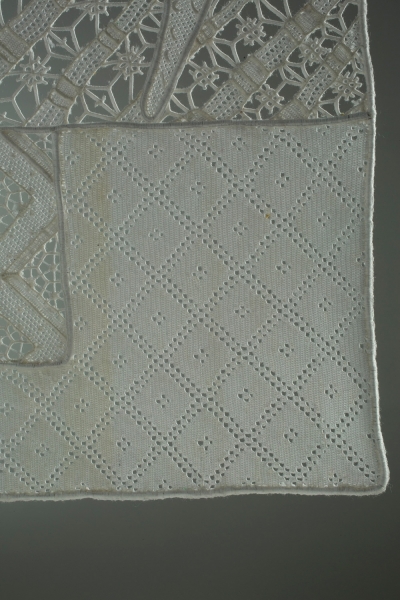 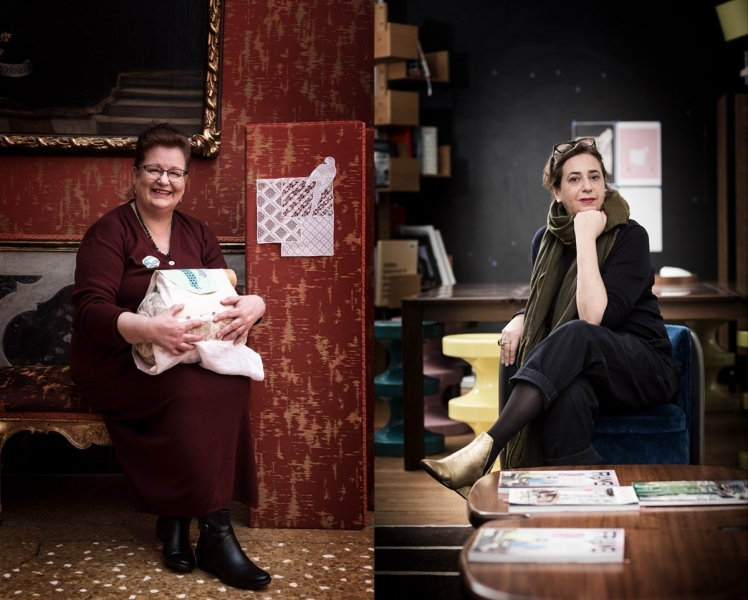 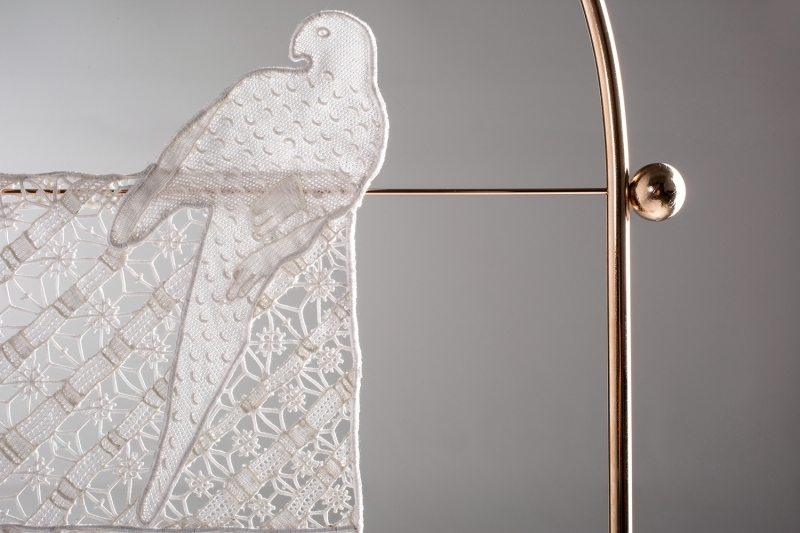 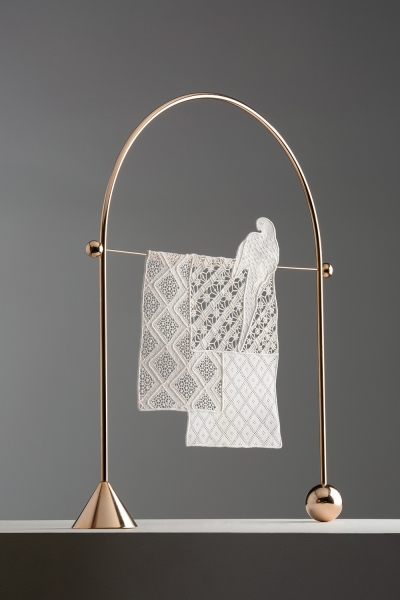 India Mahdavi
india-mahdavi.com
Architect and designer, India Mahdavi is based in Paris. Her studio, created in 2000, is known for the diversity of its international projects which explore the fields of architecture, interior design, scenography, furniture and object design. She likes to define herself as polychrome and polyglot. Settled on one single street in Paris, rue Las Cases, India Mahdavi has created a very unique environment combining a modern sense of comfort and elegance with color and humour: a cross-cultured art de vivre. India Mahdavi was appointed Officier des Arts et des Lettres by the French government in 2015. In 2014, 2017 and 2018, she featured on the AD100 list of talents compiled by Architectural Digest.
Lucia Costantini
Lucia Costantini was born on the Venetian island of Burano, the cradle of lace making in Italy. She grew up immersed in the craft practised by the women in her family and in the neighbourhood, who convened on the local campiello (tiny Venetian piazza) to work in one another’s company. At age 11 she began frequenting the Scuola dei Merletti (lace school), run by nuns who taught the three Rs in the morning and lace making in the afternoon; she then followed a Veneto Region training course, and has been teaching both in Italy and abroad. Costantini combines her interest in modern art and her skill in traditional techniques to break with the repeated motifs of the past, aiming for stylistic innovation. Recognised as art, her needle lace has been exhibited and won awards all over the world.
Share the article