On her visit to Este Ceramiche Porcellane, Inma Bermúdez was especially impressed by the fine hand painting she saw. For Doppia Firma, she decided to work with existing pieces from the Este production range so as not to have to make new moulds, which is a long process. The factory’s warehouse is a treasure trove of ancient moulds that are still used today.
She chose a plate and a tray. “I decided to modernise the ‘romantic country style’ paintings of flowers, animals and fish that are traditional decorations on the ceramics produced here. Using Photoshop, I took the same motifs, but positioned them in other rhythms and combinations to make them more contemporary,” says Bermúdez. 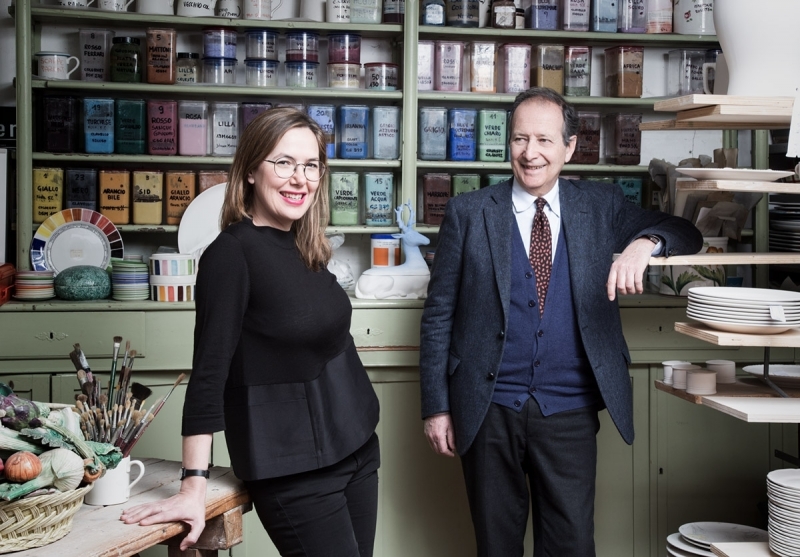 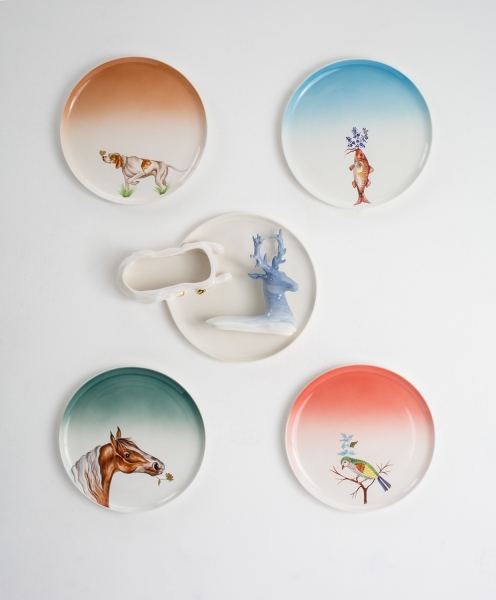 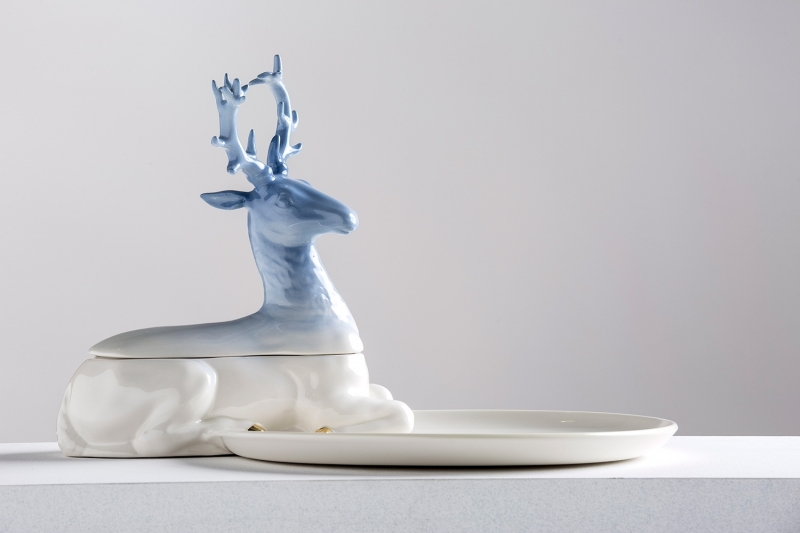 To add three-dimensionality, she attached a deer-shaped figurine produced by the atelier to the tray and painted it non-realistically, taking a step away from tradition. Giovanni Battista Fadigati, the owner of Este Ceramiche Porcellane, is enthusiastic about Bermúdez’s work. He likes it that traditions are visible, yet the first impact is contemporary. “Inma is sensible, knowledgeable and has good taste,” he says. “We hope to collaborate with her in the future, perhaps by working on lines of dinnerware.” He appreciates the Doppia Firma initiative for being a stimulus to innovate, something he says is easy to forget when you’re busy filling orders. “Although ceramics is considered a minor art, it is a hugely attractive medium for artists and designers. People love to have beautiful objects in their home. We need to teach young people the techniques of experienced craftspeople.” 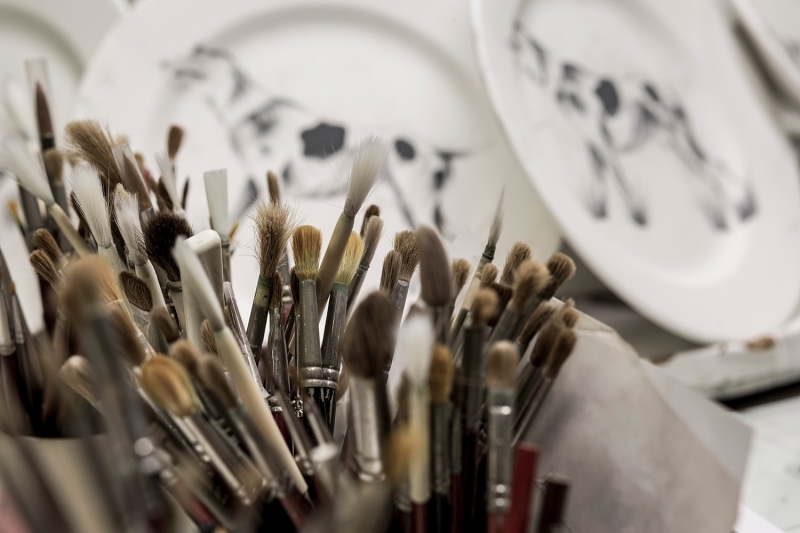 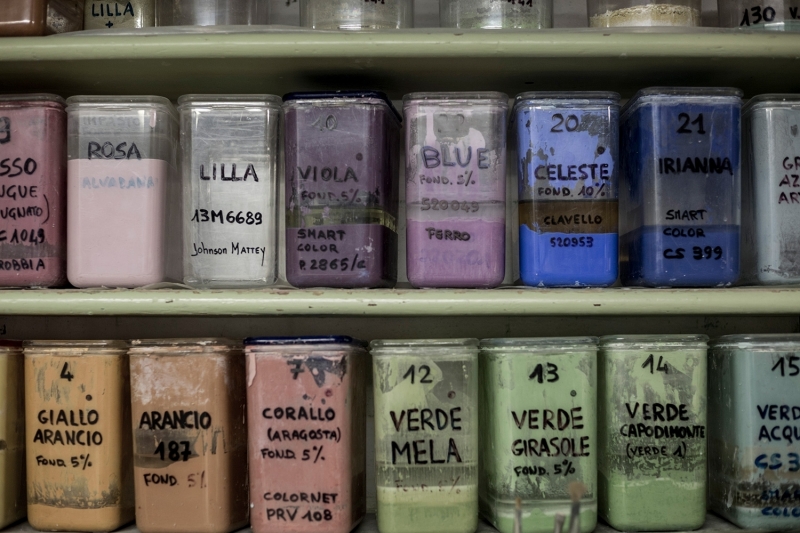 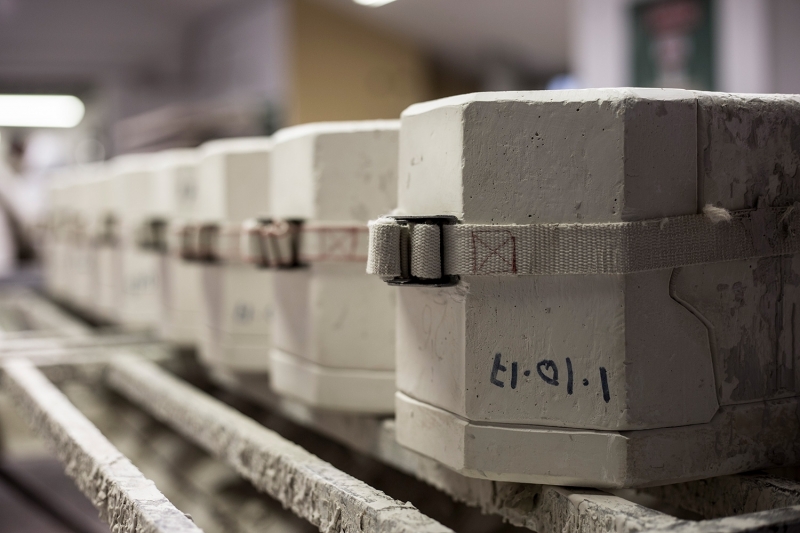 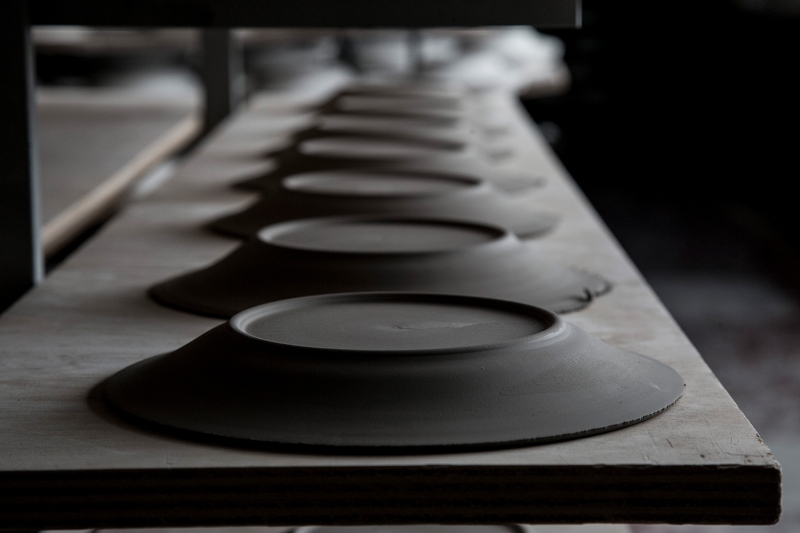 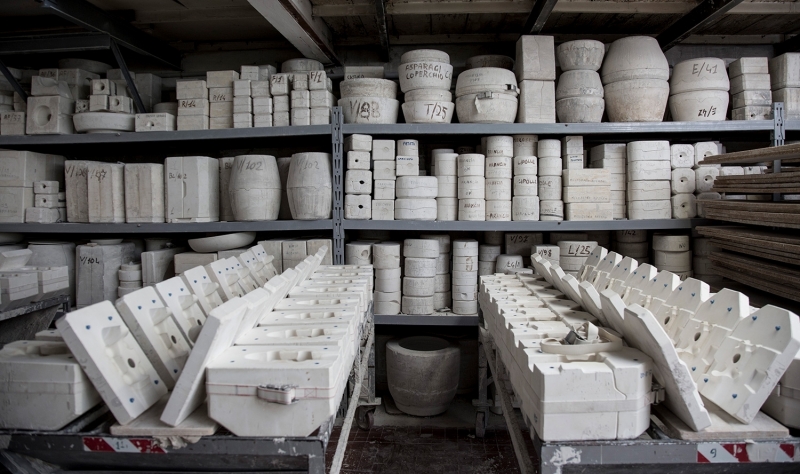 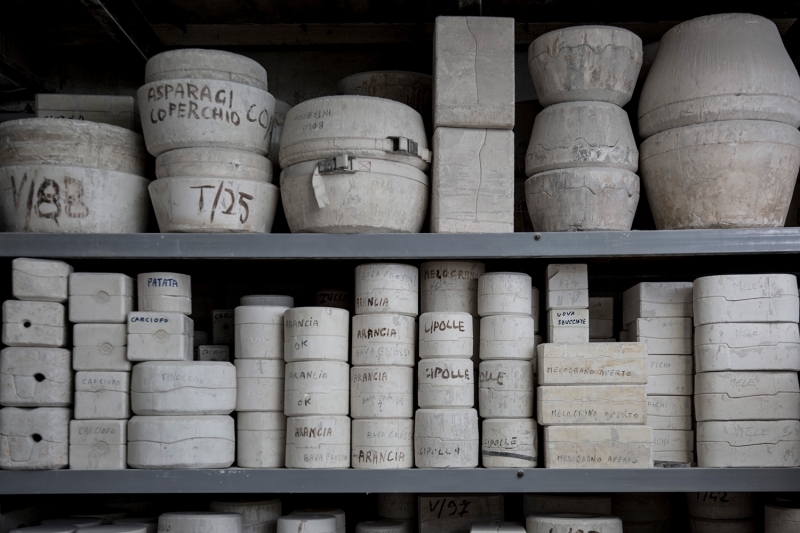 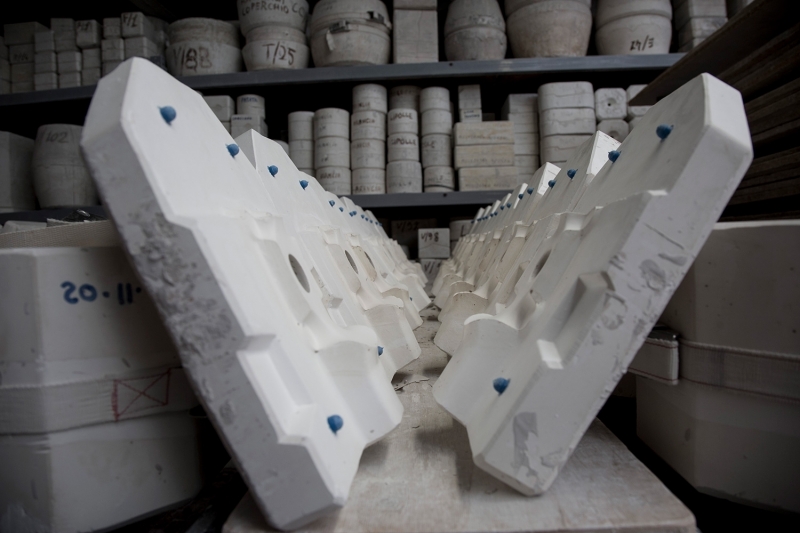 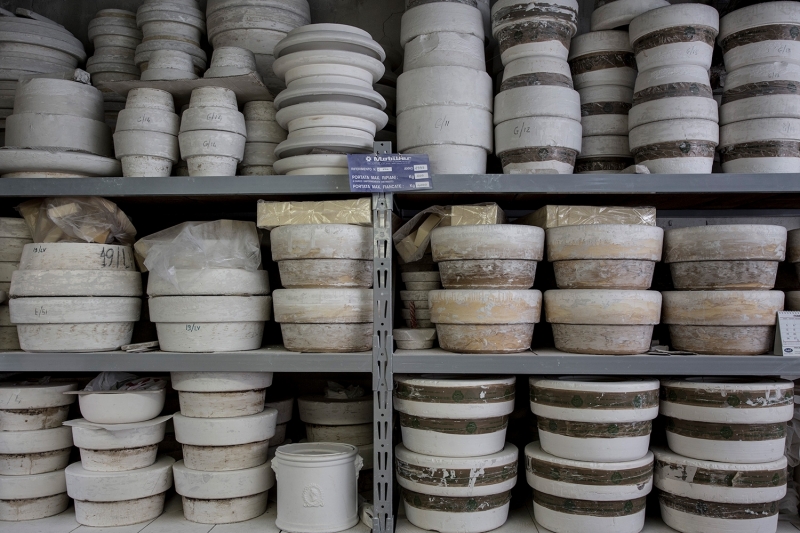 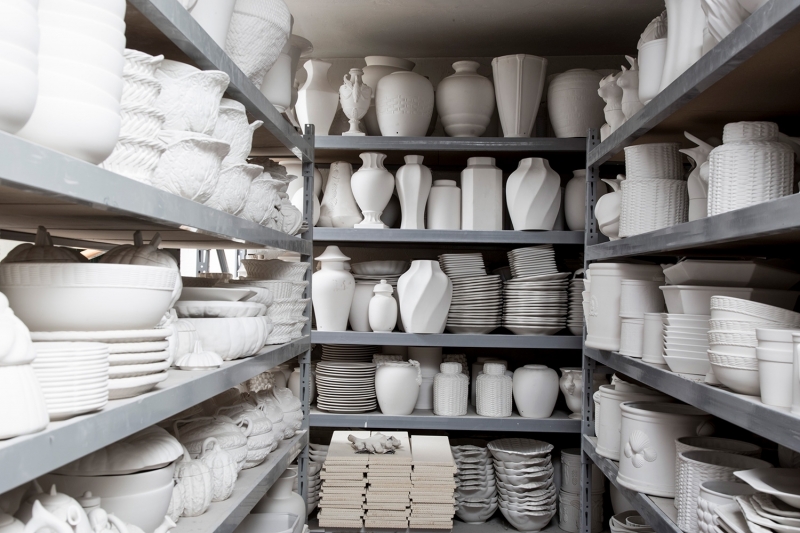 Inma Bermúdez
inmabermudez.com
Inma Bermúdez was born in Murcia, Spain and studied industrial design at the Cardenal Herrera University in Valencia and at the School of Design in Pforzheim, Germany. In 2007, she founded her studio in Valencia. In 2009, she was joined by the German designer Moritz Krefter. She works for the Swedish brand Ikea, the Spanish lighting company Marset and the porcelain factory Lladró, where she develops classical as well as contemporary products. Both partners complement their work at the studio with teaching at design schools. Bermúdez worked at the Vitra Design Museum workshops held at Boisbuchet in Southwestern France, and was nominated by Architectural Digest a Designer of the Year 2016.
Giovanni Battista Fadigati
esteceramiche.com
Este Ceramiche Porcellane has been a ceramics factory since the 18th century. Este, a town in the Veneto Region, has such a long history thanks to its special ingredients: clay, water, firewood and a canal connecting it to Venice. The company has been run by Giovanni Battista Fadigati since 1975. His two children have already joined him of their own accord. Fadigati’s grandfather, Giovanni Battista Giorgini, a man known in fashion circles, had fallen in love with the workshop on a drive through the countryside and bought it in 1955. He expanded sales by combining traditional elements with fashionable decorations. Today, Fadigati is focused on the same endeavour: innovation that embraces the past.
Share the article