Not many designers have worked with gold leaf, nor had Kiki van Eijk. What she did have was a special bond with Venice, having worked with blown glass on the island of Murano, so she gladly returned to the watery city for Doppia Firma. “The sea breeze, the run-down palazzos, the ‘carelessness’ – it’s a tourist-filled spook city where the most wonderful crafts still exist. You can feel all this in the work that is made here,” says van Eijk. She wanted her gilded objects to have a logical story; they needed to make sense. The gold-leaf artisan Marino Menegazzo works with his wife Sabrina (whose father was Mario Berta, the original battiloro of the atelier) and their two daughters, Sara and Eleonora. Van Eijk decided to link the new project to sunlight. 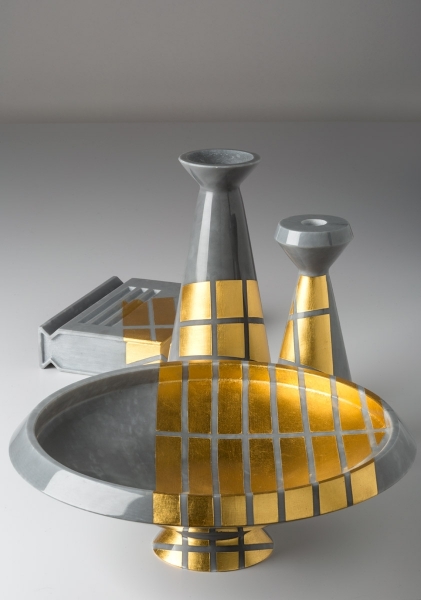 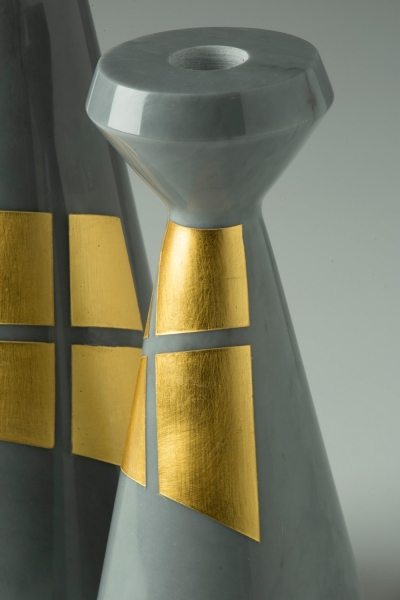 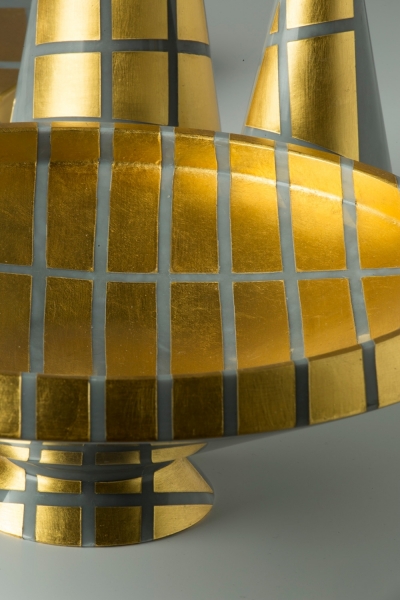 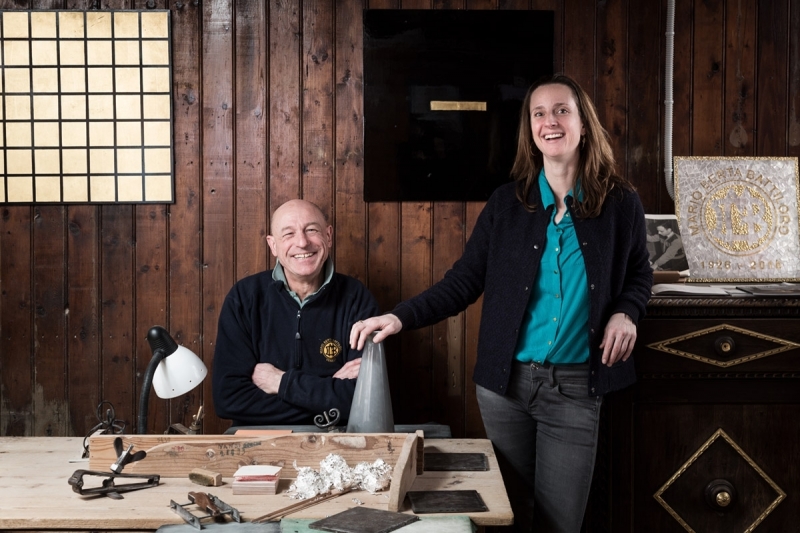 Both sun and gold are known for giving energy and warming hearts. Being from Northern Europe, van Eijk has magical memories of the first ray of sun bursting into the house in spring. So back at her atelier in Holland, she made replicas of the two windows by whose light the Menegazzo family works in Venice. Shining a beam through the “panes”, she projected the frames’ lines as shadows onto four tabletop objects made in marble, the material of the table on which the gold is beaten into leaves. The patches of light have become quadrangles of gold leaf, applied by a Venetian gilder using special glue. The shadow of the “window frames” is left as exposed stone. “We take great pride in our craft,” says Eleonora Menegazzo. “We want to accompany it into the future by finding new applications.” From ingot to leaf is a six-hour process. 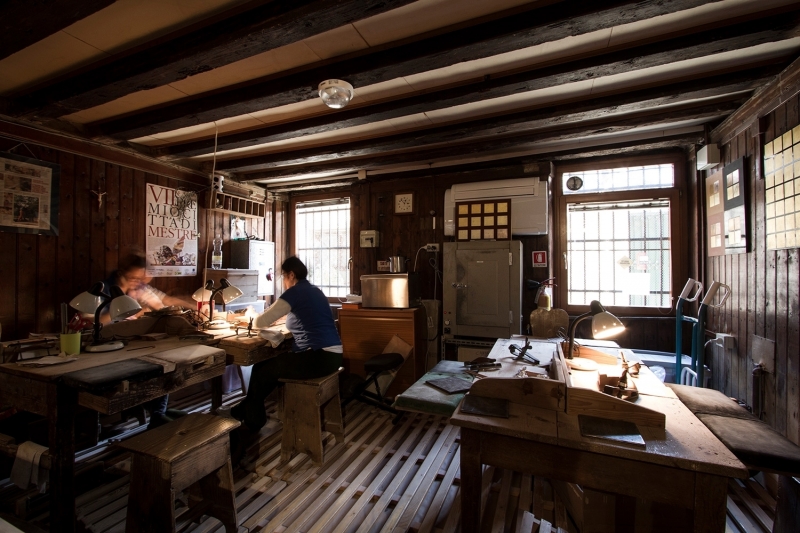 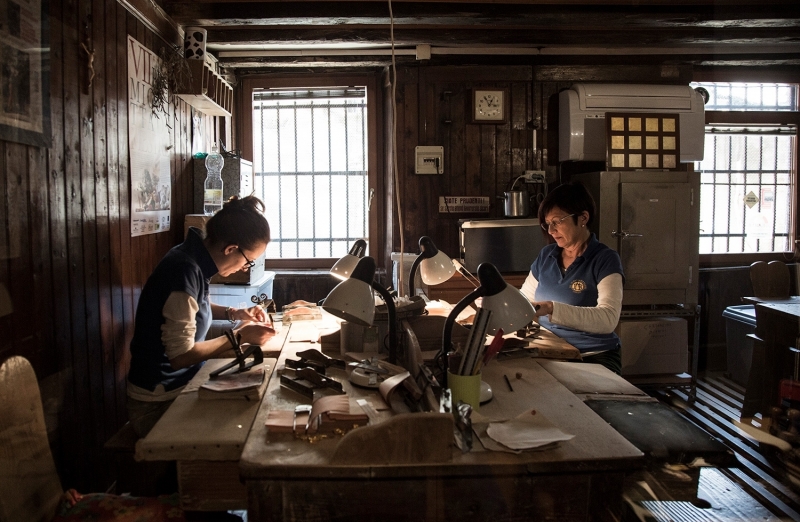 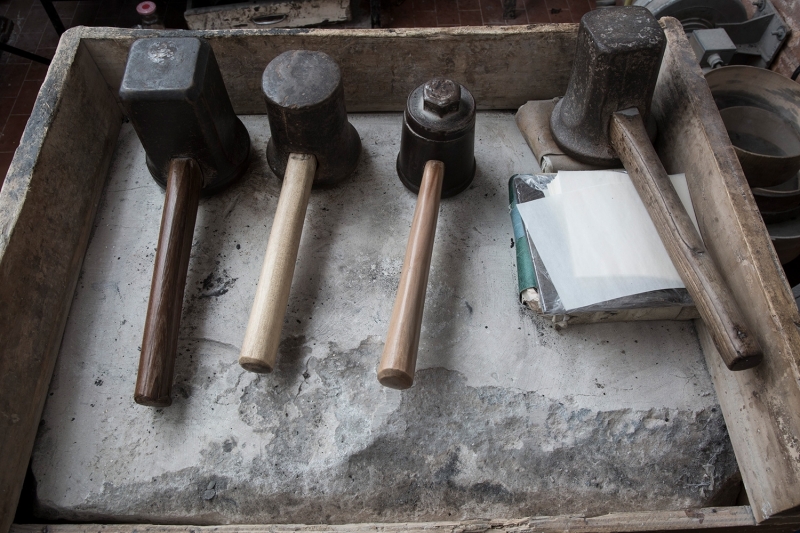 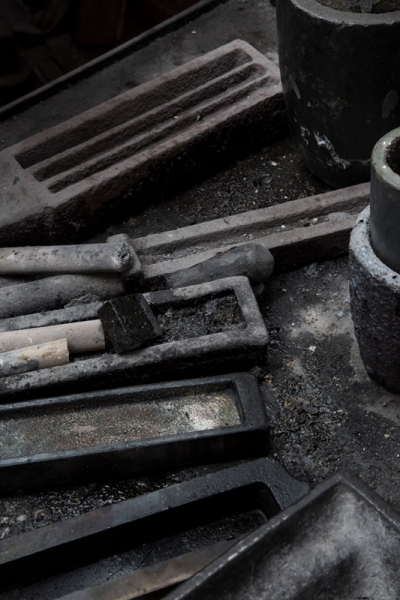 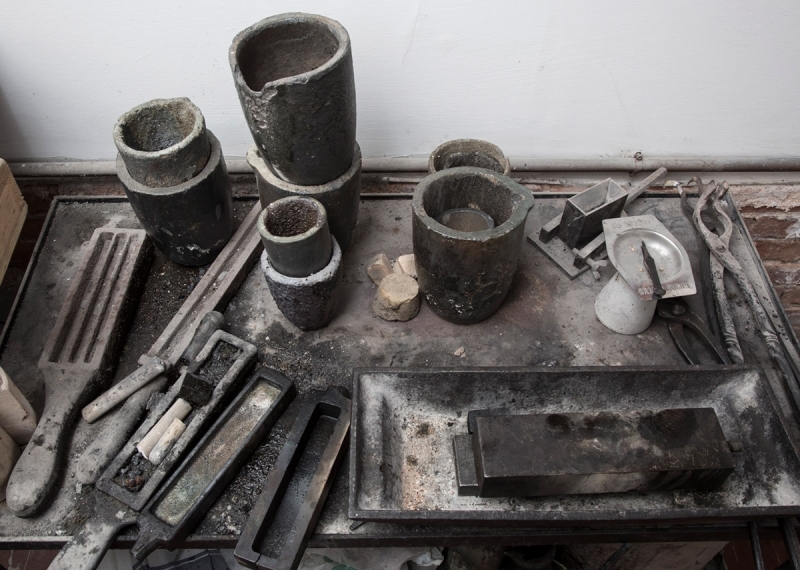 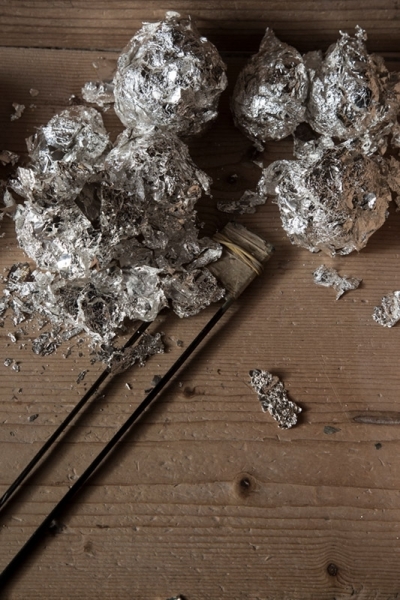 Kiki van Eijk
kikiworld.nl
In 2000, the Dutch designer Kiki van Eijk graduated from the Design Academy in Eindhoven, the city where she works with her husband Joost van Bleiswijk in a former Philips laboratory. She enjoys a mix of industry and craft-driven projects that originate in experiments she conducts using her hands, a process she calls “tinkering”. Her approach begins with a concept and is developed as a story, based on her fondness for narrative objects. In 2016, she was one of five designers including Alessandro Mendini to create new glass and wood surfaces for the Bisazza mosaic producer. In 2017, two new rugs she designed for the Italian company Nodus were displayed at the TextielMuseum in Tilburg.
Mario Berta Battiloro
berta-battiloro.com
Mario Berta Battiloro was founded in 1969 with the aim of continuing a family trade that began in 1926. Here in the Cannaregio district of Venice, gold, silver and other precious metals are turned into wafer-thin sheets that find use in art, cosmetics, food and furniture. The small atelier, in the Palazzo where the painter Tiziano Vecellio lived, is run by Marino Menegazzo, one of the last artisans in Europe able to turn an ingot into gold leaf, an ancient profession that arrived in Venice from Byzantium in the 11th century. Menegazzo rhythmically beats stacks of gold foil with a large hammer on a marble table that naturally cools the gold to the right temperature, creating fragile, impalpable sheets of high quality gold leaf.
Share the article