Sam Baron graduated from the Saint Etienne and EnsAD schools, and was recently named among the most relevant French designers of his generation. He has a real passion for projects that show how materials can offer multiple levels of expression. Creative Director of Fabrica for over ten years, he discovered the Portuguese company Vista Alegre in 2001 during an artistic residence. The dexterity of its artisans inspired him to produce a collection of unique pieces, born from the mutual acknowledgement of the designer’s and artisans’ own skills. Each of these pieces has represented a real challenge for the Portuguese craftsmen, a challenge that Ricardo Alegria, who’s been working at Vista Alegre since 1991, also found in the creation of Fabula. 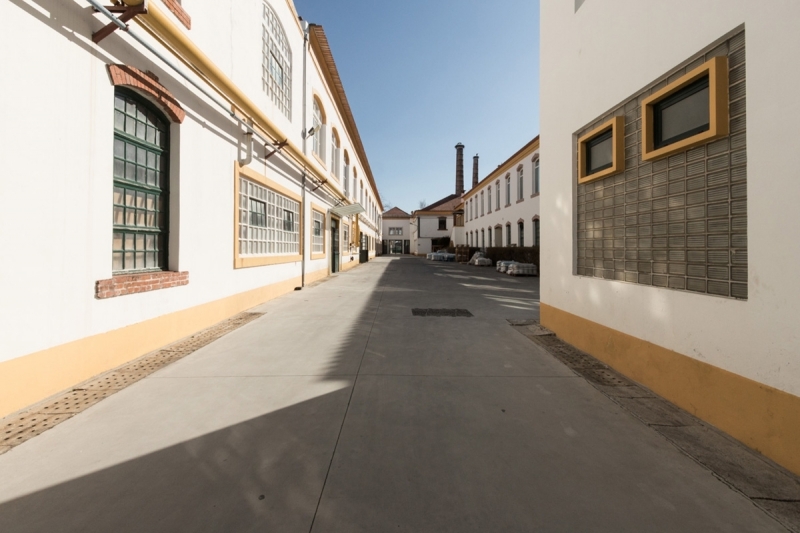 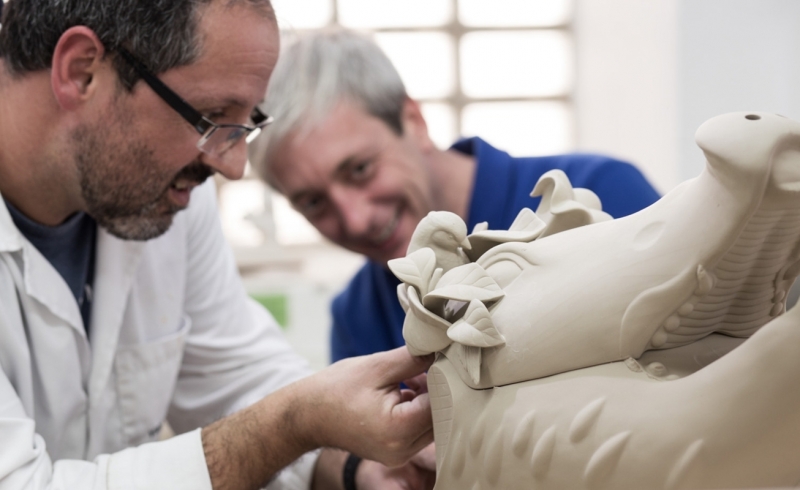 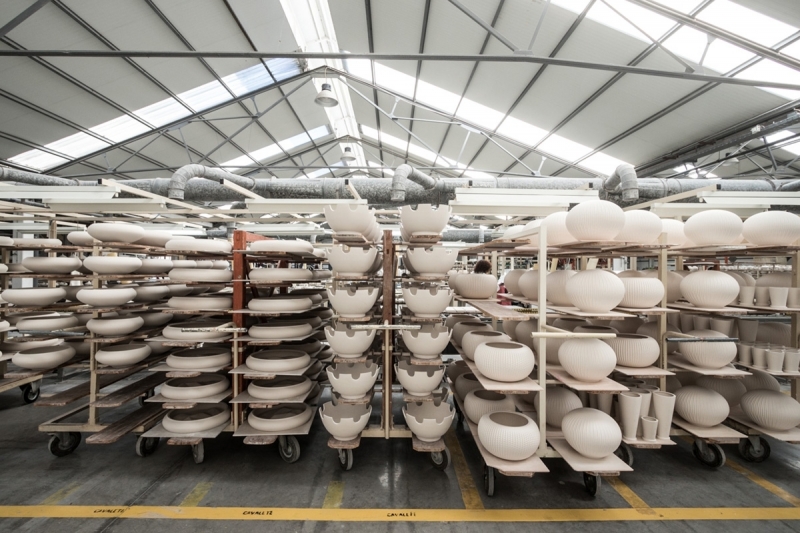 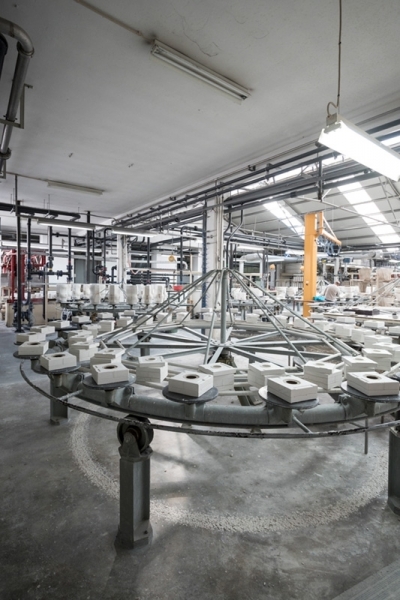 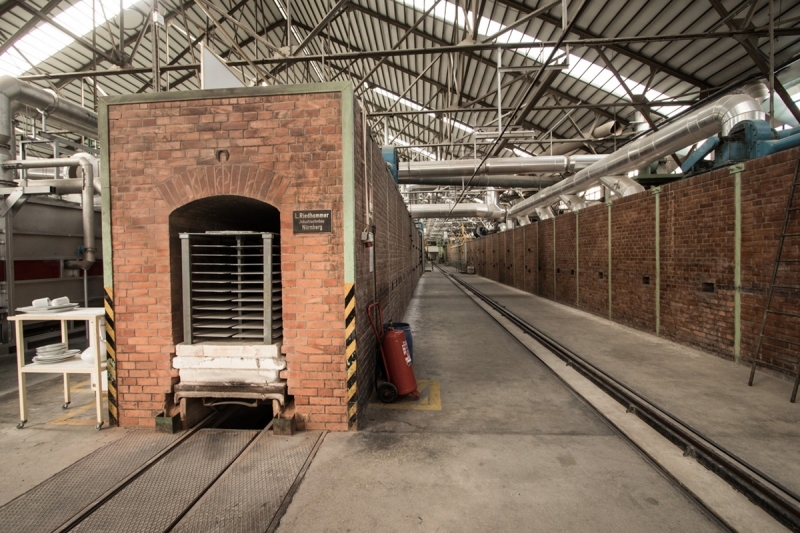 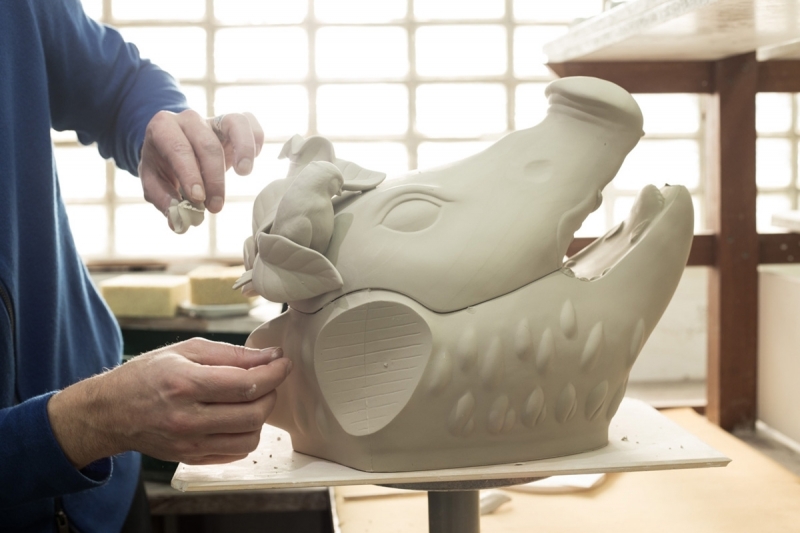 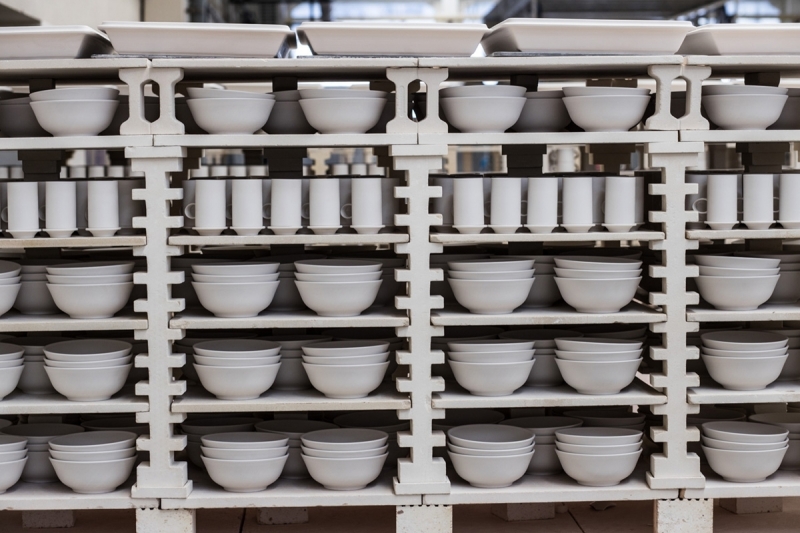 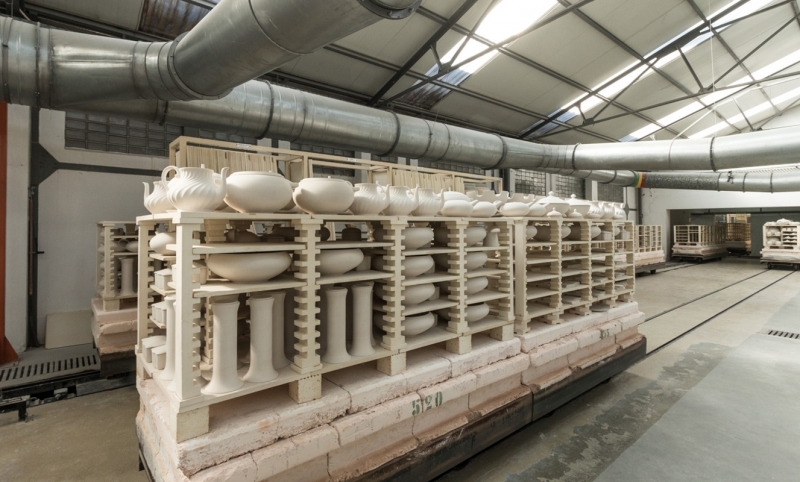 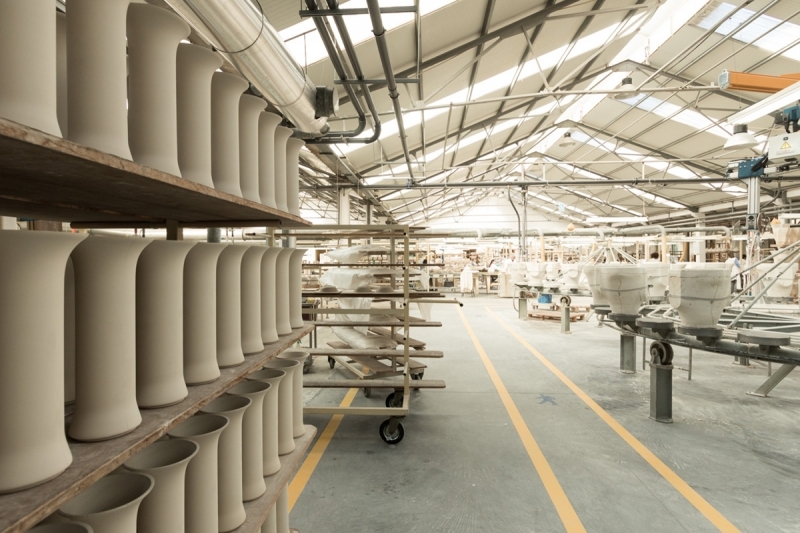 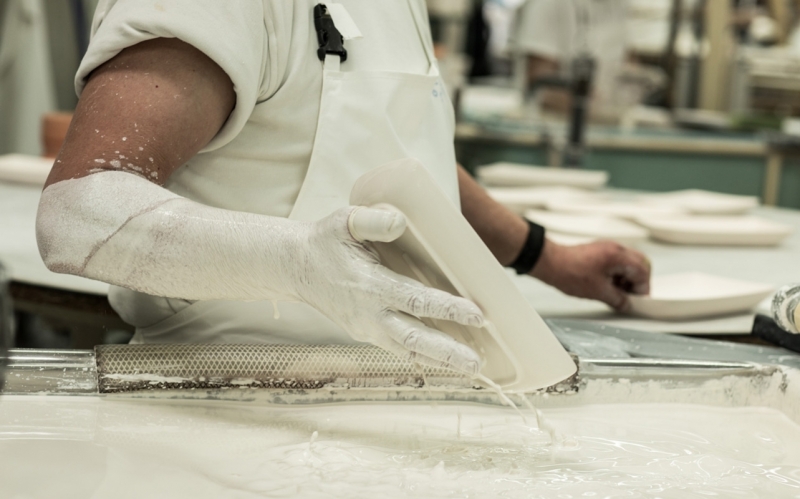 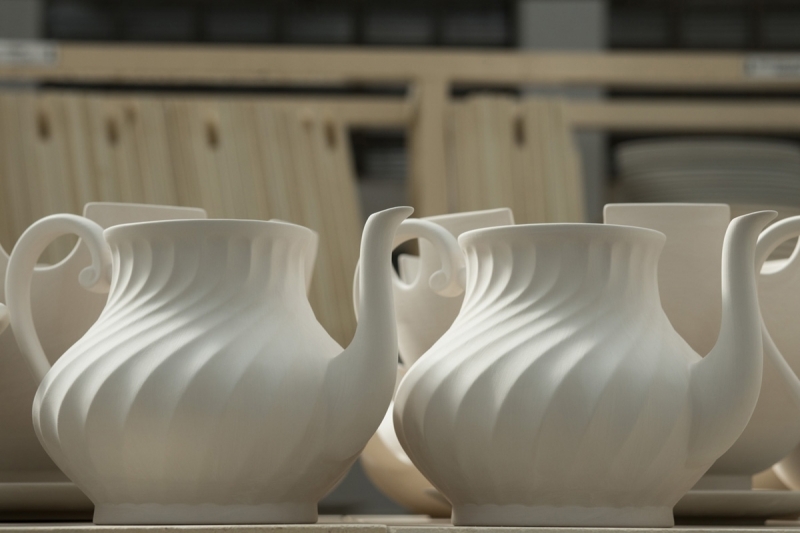 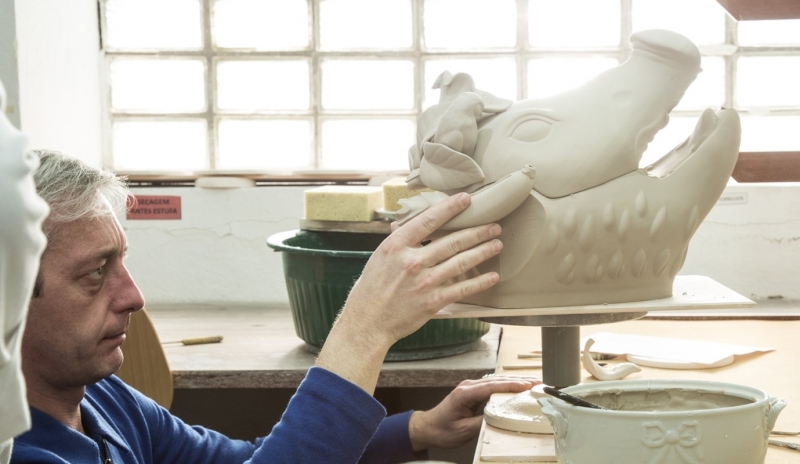 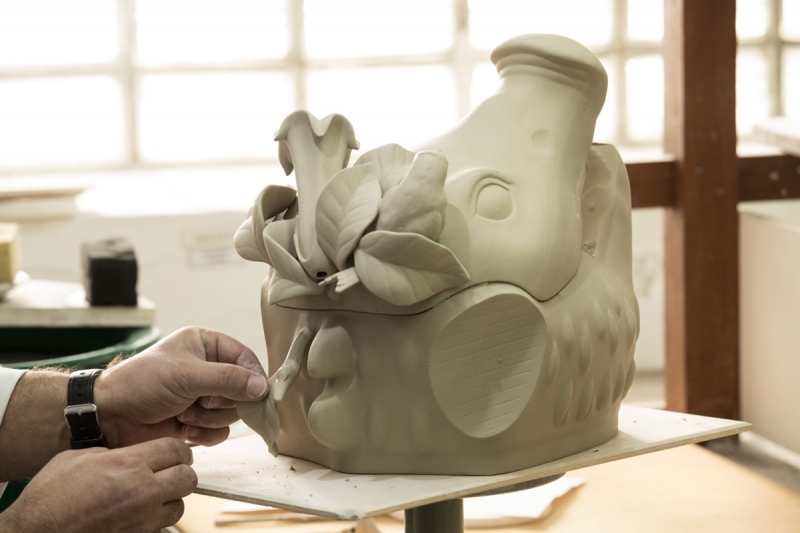 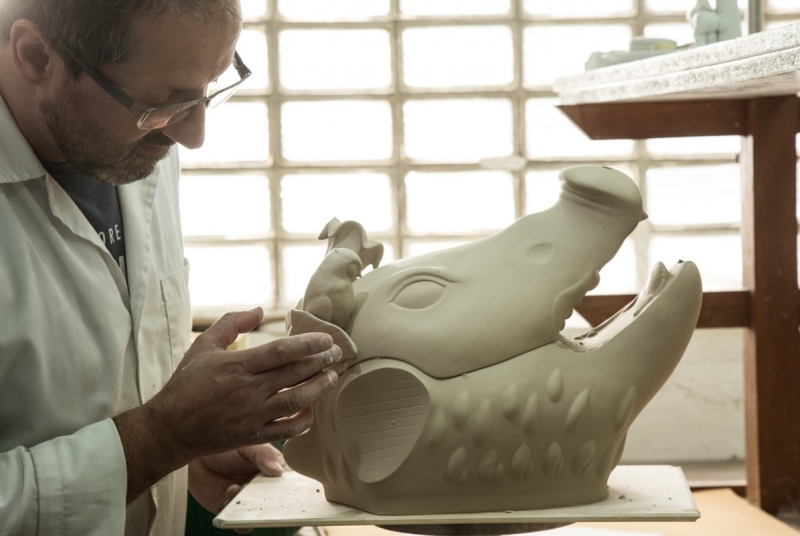 To craft this piece he had to join mould-formed elements, like the boar’s head, with handmade ones, like the flowers or the bird. The painting phase, always done by hand, was particularly critical: it had to be delicate enough to express the idea of poetry and magic that the designer wanted to convey. Like a moment suspended in time, like something out of a fairytale, a singing bird hides itself among the leaves and the flowers that form a crown, which decorates the head of a smiling wild boar. “All the actors involved in the creation of a piece like this should be fascinated by the concept and the story. In this way they can go beyond their own abilities and allow the magic to happen,” explains Sam Baron. “Dialogue can help us defeat any technical difficulty.” 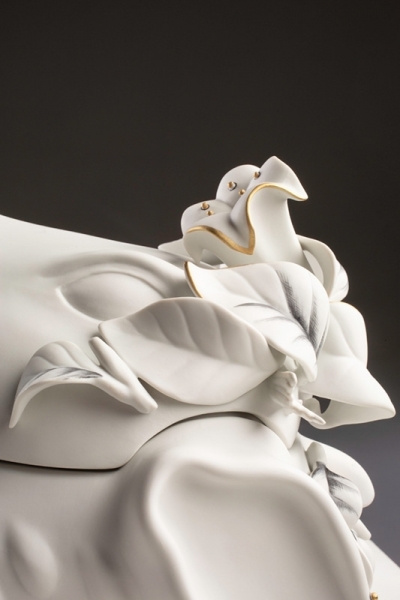 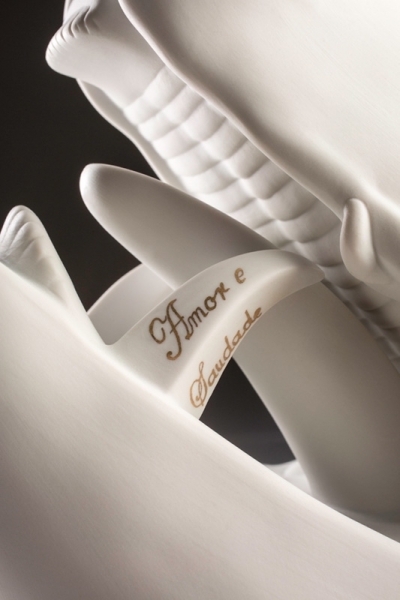 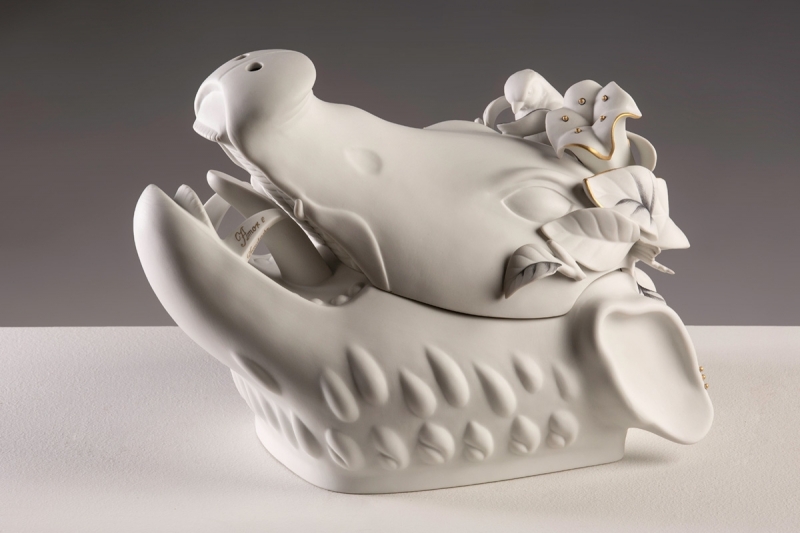 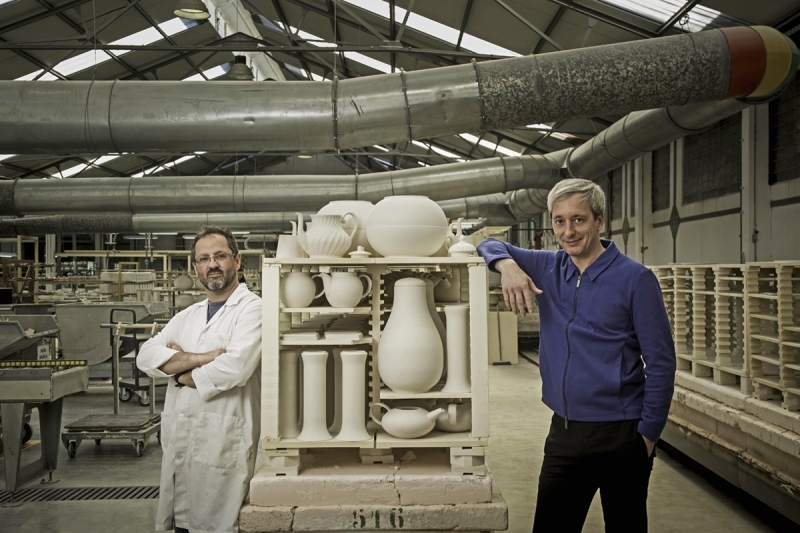 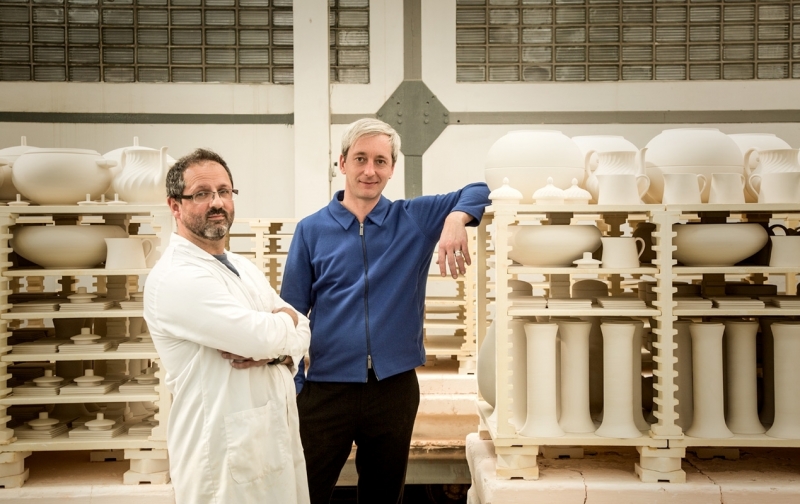