Three series of tableware realised with the ancient technique of the “lustro”, or lustre, a special glossy finishing of Middle-Eastern origin, perfected in the 15th century by the Umbrian master craftsmen. The extraordinary chromatic and iridescent effects, in the tones of yellow, ruby red, silver and mother-of-pearl, derive from a particular mixture of metal salts and clay, and to a particular firing. 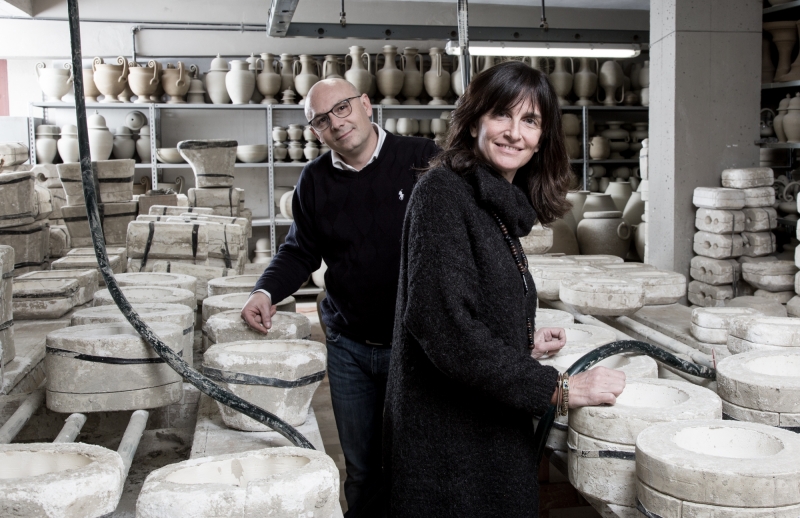 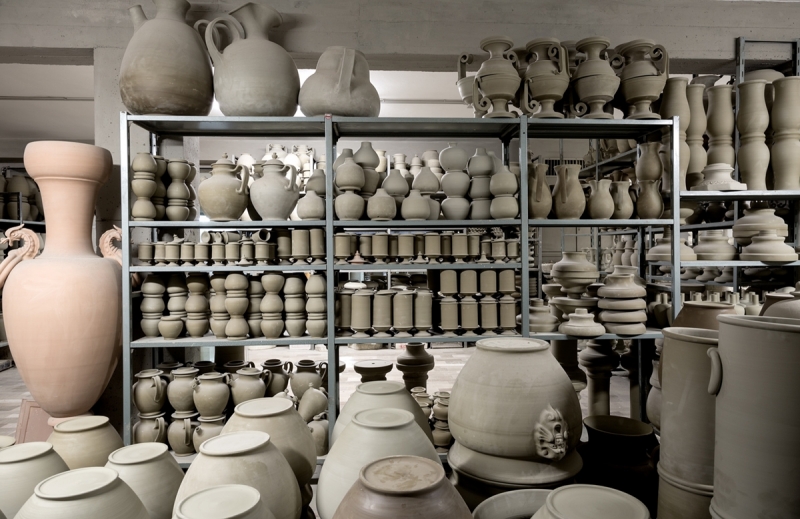 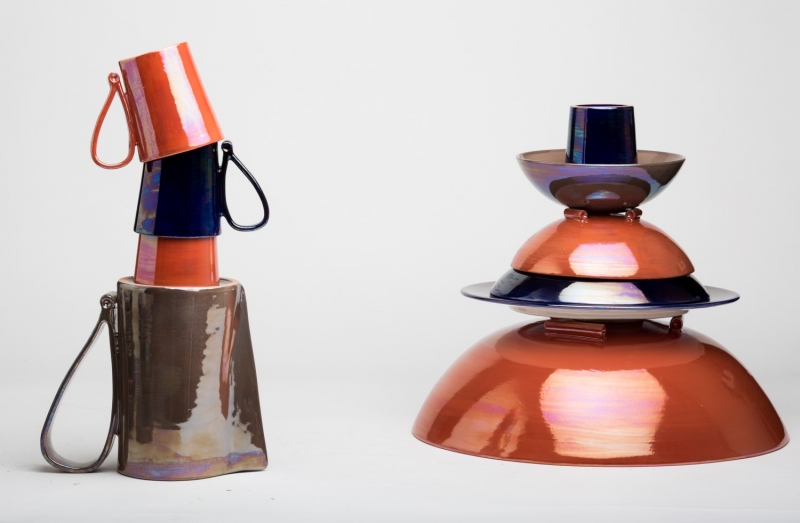 waiting for the bus
wftb.it
Born in Sicily, Germana Scapellato lives in Milan. After graduating in law, she turned to architecture and design and studied at Istituto Europeo di Design. In 2013 she founded “waiting for the bus”, a creative platform to host her passions: travelling, art and home as a place of the heart, where guests are welcome. Her project, focused on savoir-faire, is a journey through Italy, stopping in cities and towns from North to South, looking for quality craftsmanship with the aim to reinterpret it in a contemporary way and transform it by customising traditional decorations, colours, functions and use. Her challenge is to build a bridge between past and present, by transforming time-honoured elements into contemporary items, without erasing their memory. Tradition becomes design and sets the rules for timeless and boundless aesthetics.
Ceramiche Biagioli
ceramichebiagioli.com
La Mastro Giorgio, run by the Biagioli family, is one among Umbria’s most ancient and prestigious maiolica factories. Mastro Giorgio was a master potter who, toward the end of the 15th century, wanted to imitate the Arabic-Spanish manufactured objects, and started producing a kind of maiolica which he decorated with ruby and gold reflections, called lustri (decorations with metallic reflections). Lustre ceramics were set on the tables of popes and aristocrats for centuries. In the 1950s, the factory was acquired by the Biagioli family, who started a production featuring Renaissance and Baroque motifs, with mythological subjects, dragons and griffons painted on blue, green and black backgrounds. Nowadays, master Valentino Biagioli, along with his son Paolo, is carrying forward this ancient tradition with innovative contributions from contemporary artists and designers.
Share the article 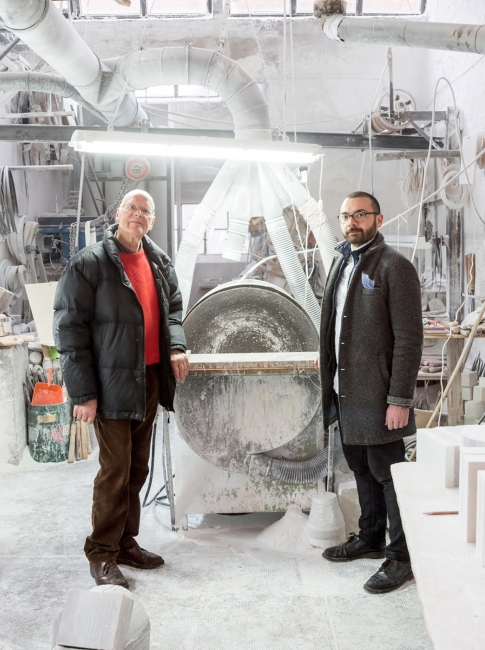 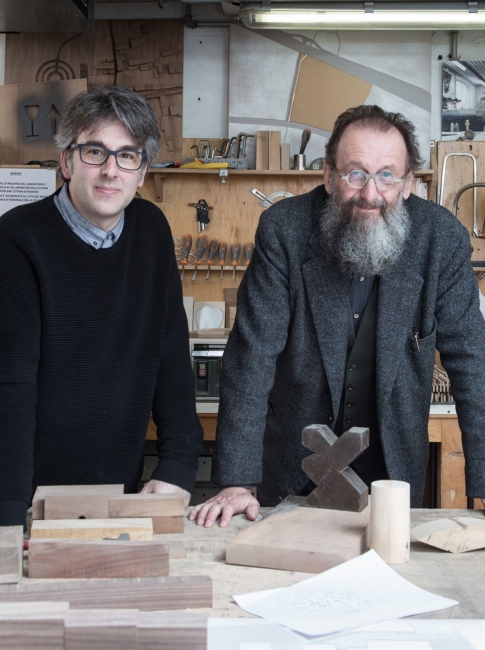 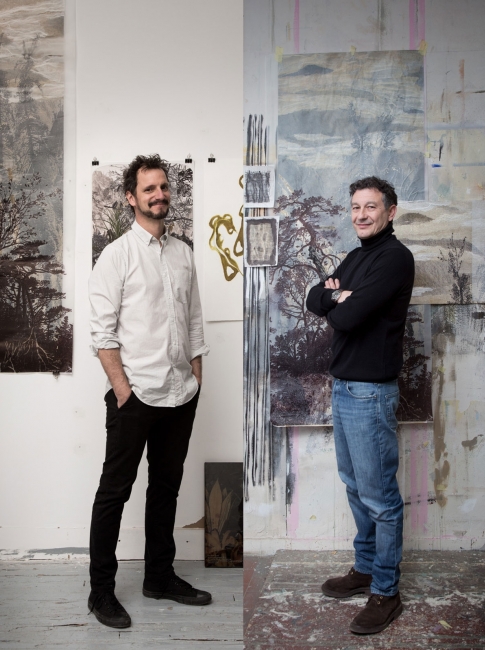 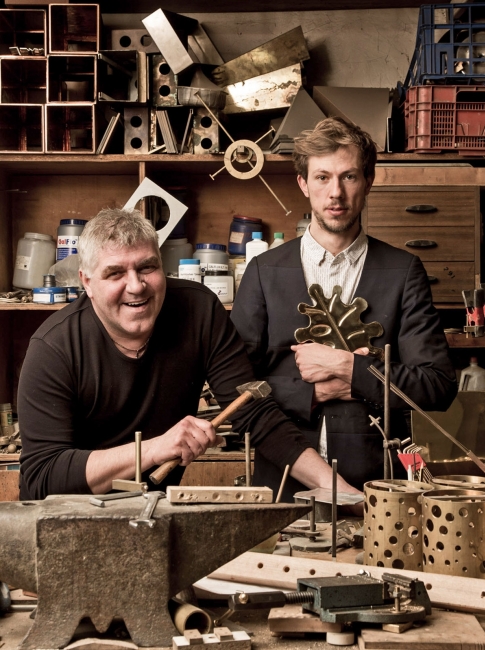 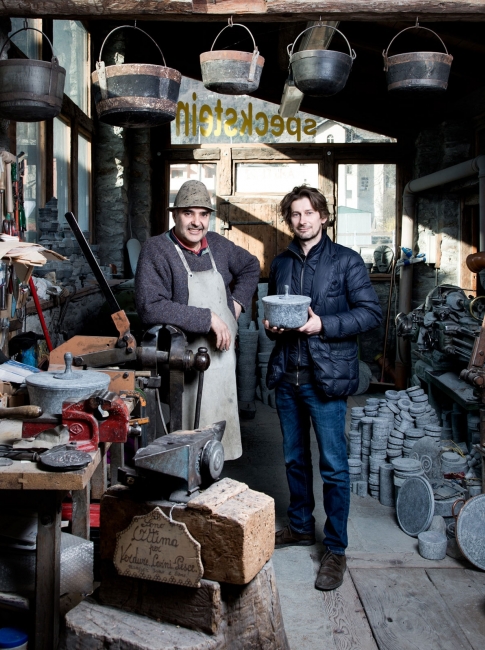 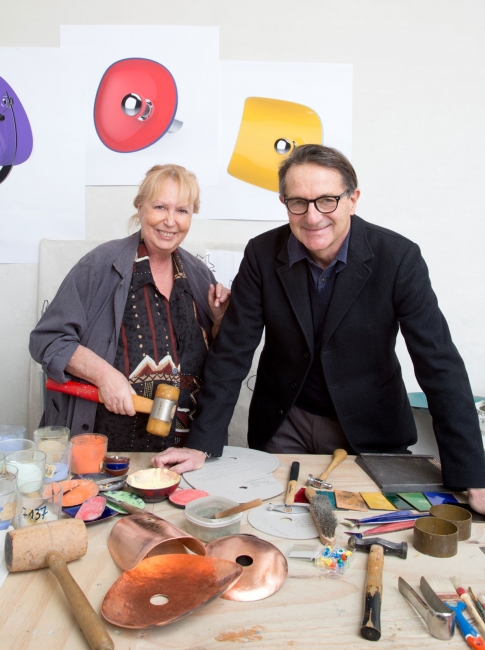 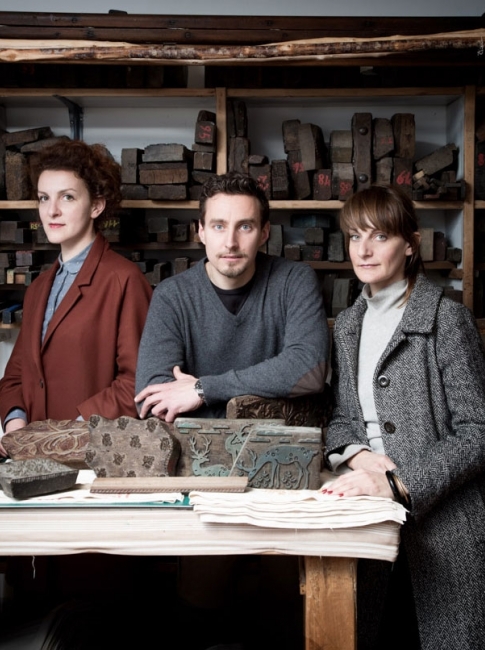 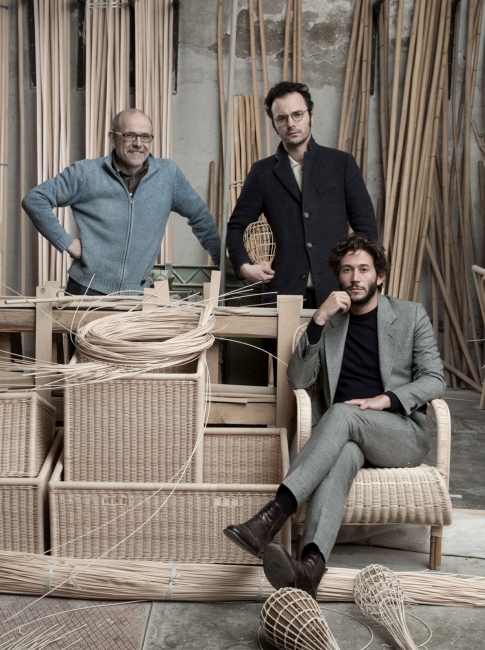 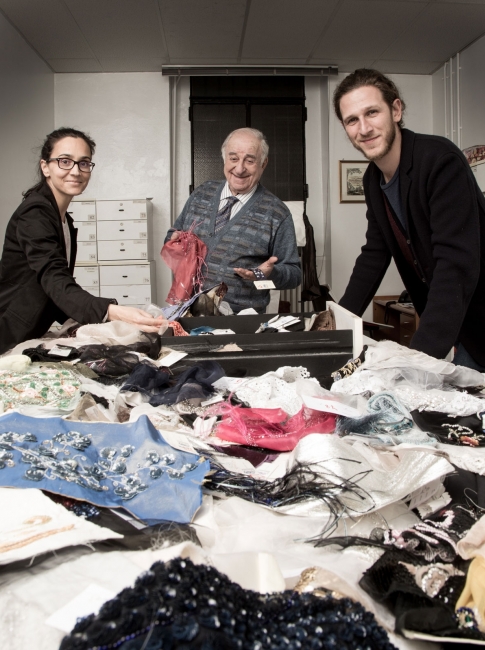 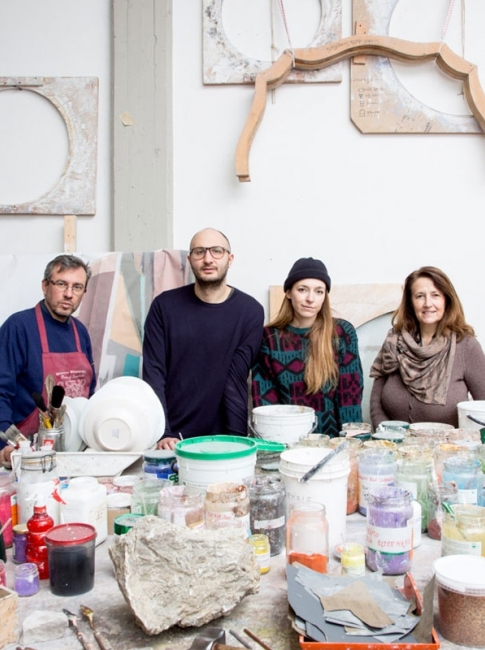 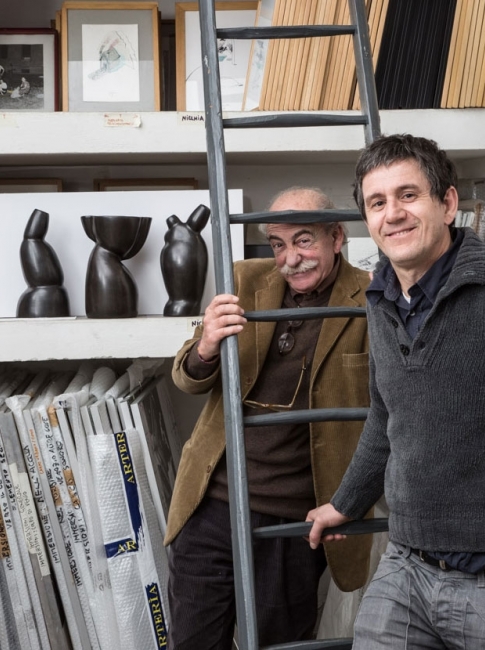